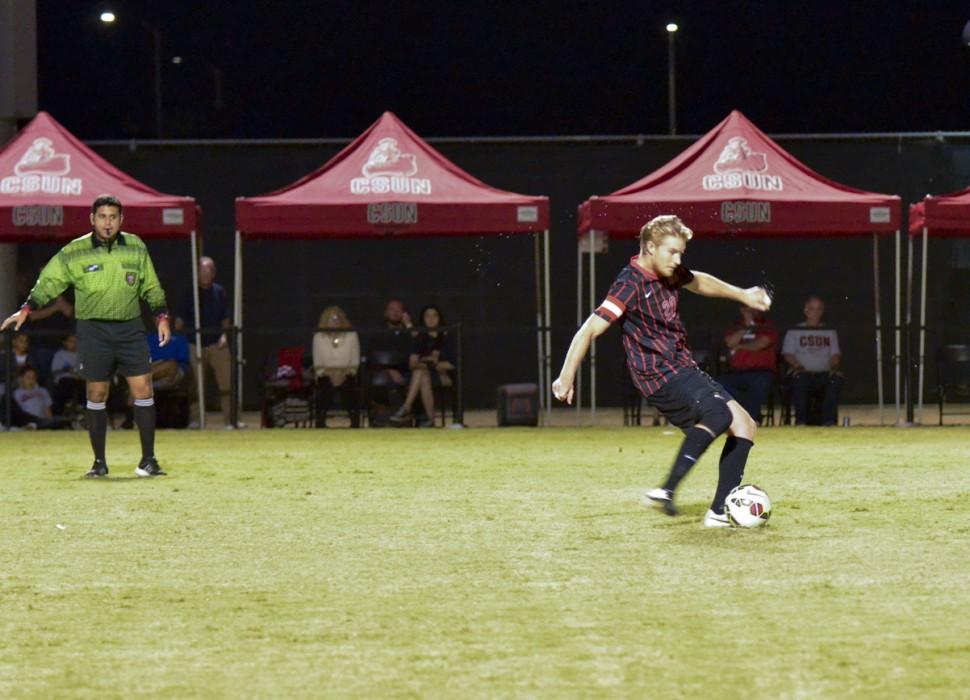 Before the MLS, Morley was the Big West Defensive Player of the Year and garnered All-Big West honors three times. (File Photo / The Sundial)

Morley’s selection is on the heels of a strong senior season in which he earned Big West Defensive Player of the Year, becoming the first Matador to do so since Joe Franco in 2012.

However, his senior season was just the cap on a great career in which he earned All-Big West honors three times, as he helped anchor multiple stingy Matador defenses.

Moreover, Morley demonstrated an ability to put the ball in the goal on penalty kicks, converting all four of his opportunities last season, which were the only four goals in his career.

Morley joins Sagi Lev-Ari, Edwin Rivas, Willie Sims and Daniel Paladini as Matadors who have been drafted into the MLS over the past 10 years.