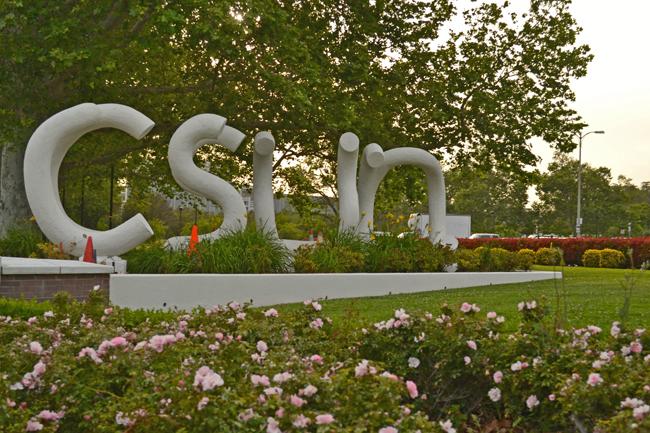 Transferring has always been the goal for Rio Hondo College student Carolina Live.

Like many of her friends at community college, Live finished applying to a list of CSUs and UCs and is waiting for a response. CSUN is one her list.

“I want to major in business administration, and I found out CSUN has a great business department,” Live said.

However, the standards for Live to transfer have changed since she started community college. In the past, transfer students to CSUN needed at least a 2.0 GPA, 60 transferable units and had to meet the general education criteria. Now students like Live will need a higher GPA to get into CSUN because of where she lives.

CSUN announced last spring it will set an impaction plan starting in the fall that affects transfer students. The plan divides students into two groups: locals and non-locals.

CSUN has provided details as to how it will handle transfer students during the impaction period. It listed 17 community colleges as locals to Northridge’s area.

Rio Hondo College, which is in Whittier and less than nine miles from East LA College, is considered a non-local school for CSUN, which means Live will need to have a higher GPA to be considered.

Fortunately for her, she carries a 3.6 GPA, but having a high GPA and a transfer degree won’t guarantee her acceptance.

“I worked hard at Rio Hondo [College], so my GPA is high enough for me to have a chance to be admitted at any of these universities,” Live said. “I don’t think it will be a problem for me to transfer.”

William Watkins, the vice president of student affairs at CSUN, said the university created its geographic boundary based on the number of students the community colleges sent last fall.

“We just looked at every community college where we had enrolled at least 20 students from that school,” he said. “We made them a part of our local area.”

Watkins said CSUN decided on this approach because it represented the LA-based community colleges that have traditionally sent the most students.

“We took everybody from the LA Community College District,” he said.

In 2010, California passed the Student Transfer Achievement Reform Act, which is a program that makes it easier for community college students to transfer to a CSU.

Community college students who completed an associate degree designed for transfer are guaranteed admission to the CSU system with junior status and are given priority consideration to their local CSU.

Watkins said non-local community college students who have a transfer degree will be given a bump in their GPA.

“We try to find a way to give them some kind of advantage,” he said. “We want to certainly encourage [students to get the transfer degree].”

Watkins said the university won’t know the cutoff GPA for non-local students, because it won’t know until CSUN goes through the enrollment process.

“We first take a look the number of students continuing then all the kids coming in as locals,” he said. “Then we see how many we can admit after that.”

The university has looked at other CSUs to see how they handled impaction.

Fullerton designed a rolling admission system where it lowers the GPA cutoff until it meets the desired number of students it wants to enroll each year.

She said Fullerton has been able to enroll students in recent years, especially during spring semesters when there is space available.

Rudy also said CSUN contacted Fullerton to see how it handled impaction, but she suggested Northridge might consider a different option since it serves a larger area.

Watkins said Northridge will use the same concept, but it depends on how many local high school and transfer students accept the intent to register and how much space is left over for non-local transfer students.

He said 17,172 first-time transfer students applied to CSUN last fall. Out of all the applicants, CSUN offered admission to 10,166 while only 5,434 enrolled.

He said the local students will have a deadline to accept their intent to register at CSUN. If they don’t accept, then Northridge will move down the line to offer admission to non-locals.

“It’s overwhelming because I want to go to these colleges but I might not be accepted, because I don’t live near any of them and my major is impacted at most of these universities,” Live said.

At Northridge, she would need to satisfy the business department’s supplementary admission criteria to go along with her high GPA.

She said some of her classmates at Rio Hondo are worried about being denied.

“Some of my friends from my business classes have told me they are nervous they won’t get in anywhere,” Live said. “It’s stressful to be a transfer student nowadays.”

This article was submitted by Professor Michael Hoffman’s fall investigative journalism class. The story was edited by Sundial staff.