Mixed results for CSUN at the Cherry and Silver Invitational 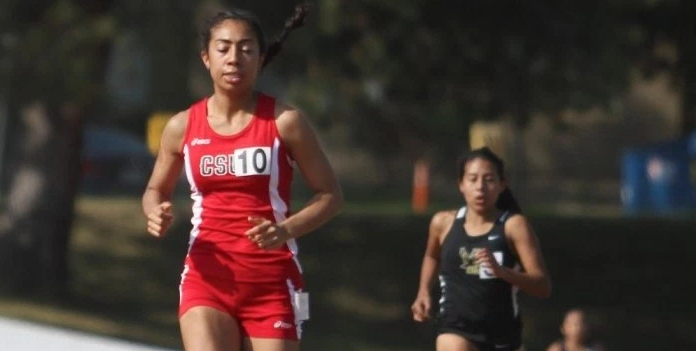 The Matadors had a bit of an up and down showing at the Cherry and Silver Invitational this past weekend. (File Photo / The Sundial)

In their second meet of the 2016 season, the CSUN’s men and women’s track and field took to the University of New Mexico for the Cherry and Silver Invitational.

The two-day event, held on Friday, Jan 22 and Saturday, Jan 23 saw competitors from various schools and countries such as Grand Canyon University and the Philippines.

The invitational included competitions ranging from the 200 meter dash, the long jump and the weight throw.

Among the CSUN competitors, some of the highlights include sophomore Re’Quan Harley placing ninth in the men’s long jump competition with a length of 6.71 meters.

Junior thrower Zachary Rosales was one of highest ranked CSUN male competitors throughout the event, placing fourth in the finals of the weight throw with 16.69 meters. The furthest length in the competition being 20.95 meters by Southeastern Louisiana University senior thrower, Jonathan Kinchen.

The women of the CSUN track and field team ranked high in the finals of the competitions.

Graduate sprinter Samantha Dirks placed fourth in the 200 meter dash with 24.26 seconds, along with hurdler Kim Dargel who placed 19th finishing in 25.19 seconds, senior sprinter Jenna Vincej who placed 41st clocking in at 26.12 seconds, and sophomore Christina Cromer who placed 60th who finished in 27.49 seconds.

The first meet at home is Saturday, Jan 30 for the CSUN All Comers Meet.