Super Bowl 50 is a tale of two quarterbacks 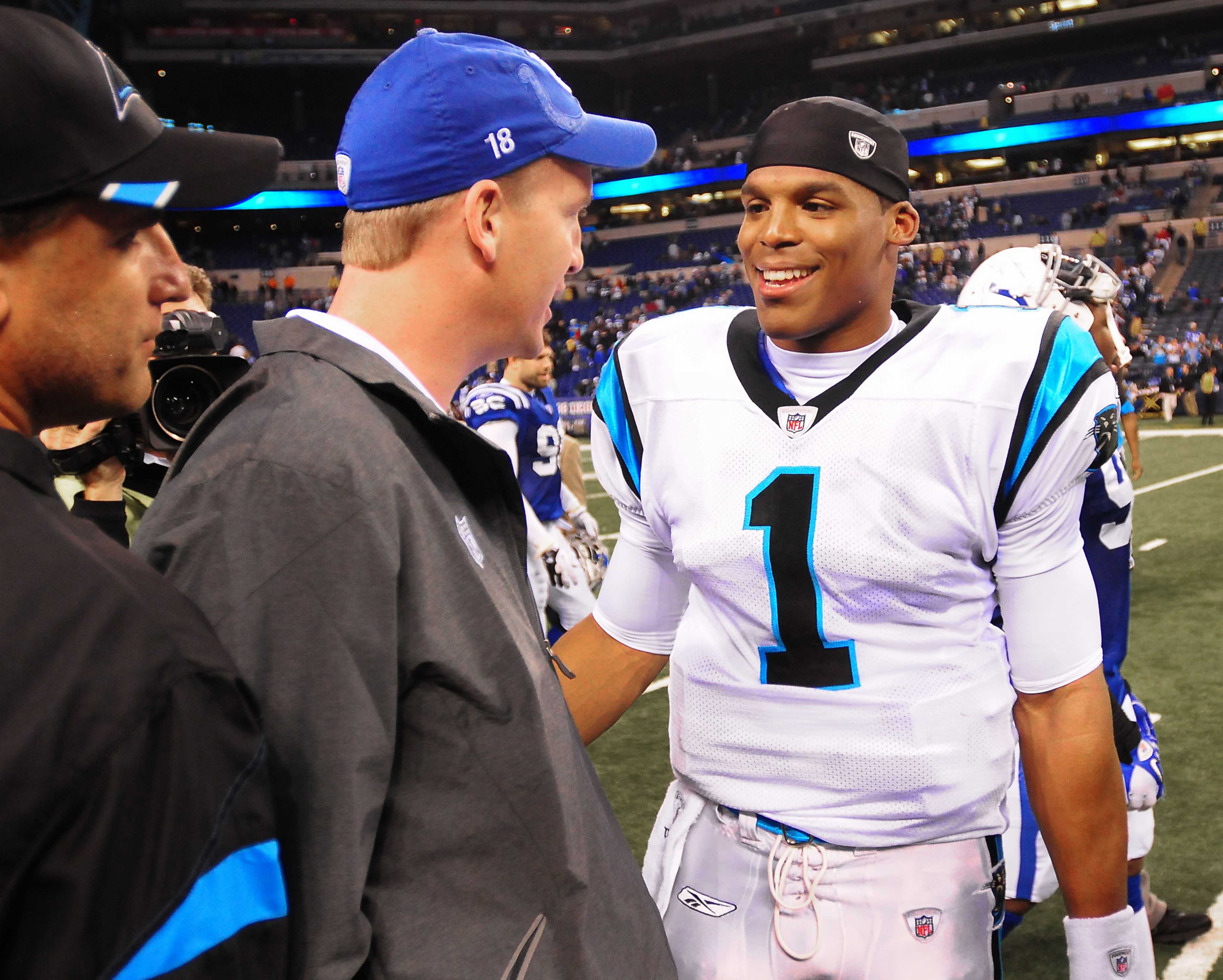 The Panthers are led by MVP frontrunner Cam Newton, while the Broncos will hope to get their first championship under veteran quarterback Peyton Manning. (Jeff Siner/Charlotte Observer/MCT)

With just a few days away from the biggest sporting event in America, many football fans are still scratching their heads as to how Super Bowl 50 features two of the NFL’s least likely teams.

After defeating the New England Patriots in the AFC Title Game, it appears Peyton Manning is meant to win a ring during his last hurrah in the NFL.

Both Carolina states beg to differ.

The team nearly went perfectly this season but finished with a 15-1 record.

The Panthers led the league in points scored and hasn’t lost a home game since last year. The last loss came at the talons of the Atlanta Falcons, where Carolina scored less than 20 points for the only time that season.

The franchise’s turnaround is led by quarterback Cam Newton, who solidified his case as MVP after Newton’s team mauled the Arizona Cardinals, 49-15, in the NFC championship game.

Carolina’s opponents have given a whole new meaning to defense wins championships. Denver ranked in the top ten in pass defense and second in the league in run defense allowing only 64.5 rushing yards per game.

However, the real roller coaster for Denver barreled through the quarterback position.

Since Week 1, Manning looked as though he had finally lost his touch as every critic declared his career over. Week 10 may have been the darkest day in the Broncos’ front office, since the day John Elway retired, as Manning was benched because of poor play and injuries. Manning finished the regular season with nine passing touchdowns, 17 interceptions and a 67.9 quarterback rating.

Playoff hopes rested on the shoulders of backup quarterback Brock Osweiler who amazed the NFL by helping Denver to a 5-2 finish and a division title.

More importantly, Osweiler granted Manning another chance to prove why he is a Hall of Famer.

After a brief appearance in Denver’s comeback win over the San Diego Chargers in week 17, and the huge upset in the AFC championship game, Manning will suit up for his final game at the biggest stage and against all odds.

CSUN students had plenty to say about the Super Bowl 50 match.

“The Panthers are going to take it,” he said. “Newton is a lot more athletic than Manning and, even though Denver has a good defense, I think Newton will be able to maneuver around them.”

Rob said he thinks Newton wants to win the game more than anyone else.

Freshman Corey Patrick, currently an undecided major, said he thinks the younger Panthers’ team will be a factor in the game.

Patrick said Carolina knows where it wants to go and Newton will go down in history.

“We are going to see something special from him and Curry for years to come,” he said. “I think they are going to be the [Dan] Marino and [Michael] Jordan type of players of our generation.”

Although it’s small sample size, it seems as though CSUN students are with the rest of the nation on who they think will take the Lombardi Trophy.