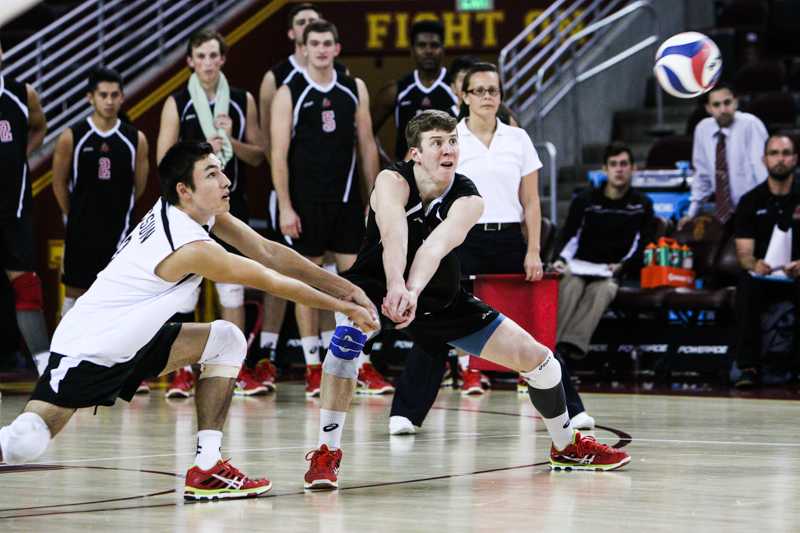 Errors cost the Matadors as they fell to the No. UCLA Bruins on Saturday. (File Photo / The Sundial)

The Matadors (7-2, 2-2 MPSF) had several high points in the match after freshman Dimitar Kalchev had 25 kills and five aces, but it wasn’t enough to overcome the Bruins (10-0, 6-0) squad.

The Bruins closed to within 16-15 but two more CSUN points pushed the lead back to three and UCLA would only get within three the rest of the way.

The next two sets were deuce games and both ended in set losses for CSUN. With the score tied at 19-19 in set two, the Bruins took five of the next six points and clinging to a 24-23 lead, Micah Ma’a put down a kill to even the match.

The third set was just as close. With set point at 24-22, Kalchev answered with a kill. Blocks from Ciesla and Chance on the next two Bruin attacks set CSUN up with set point at 25-24. It wasn’t enough as a 3-0 run capped the win by consecutive kills from Jake Arnitz.

Both teams had 53 kills, but the deciding factor in the match was the errors. The Bruins made nine less than the Matadors.