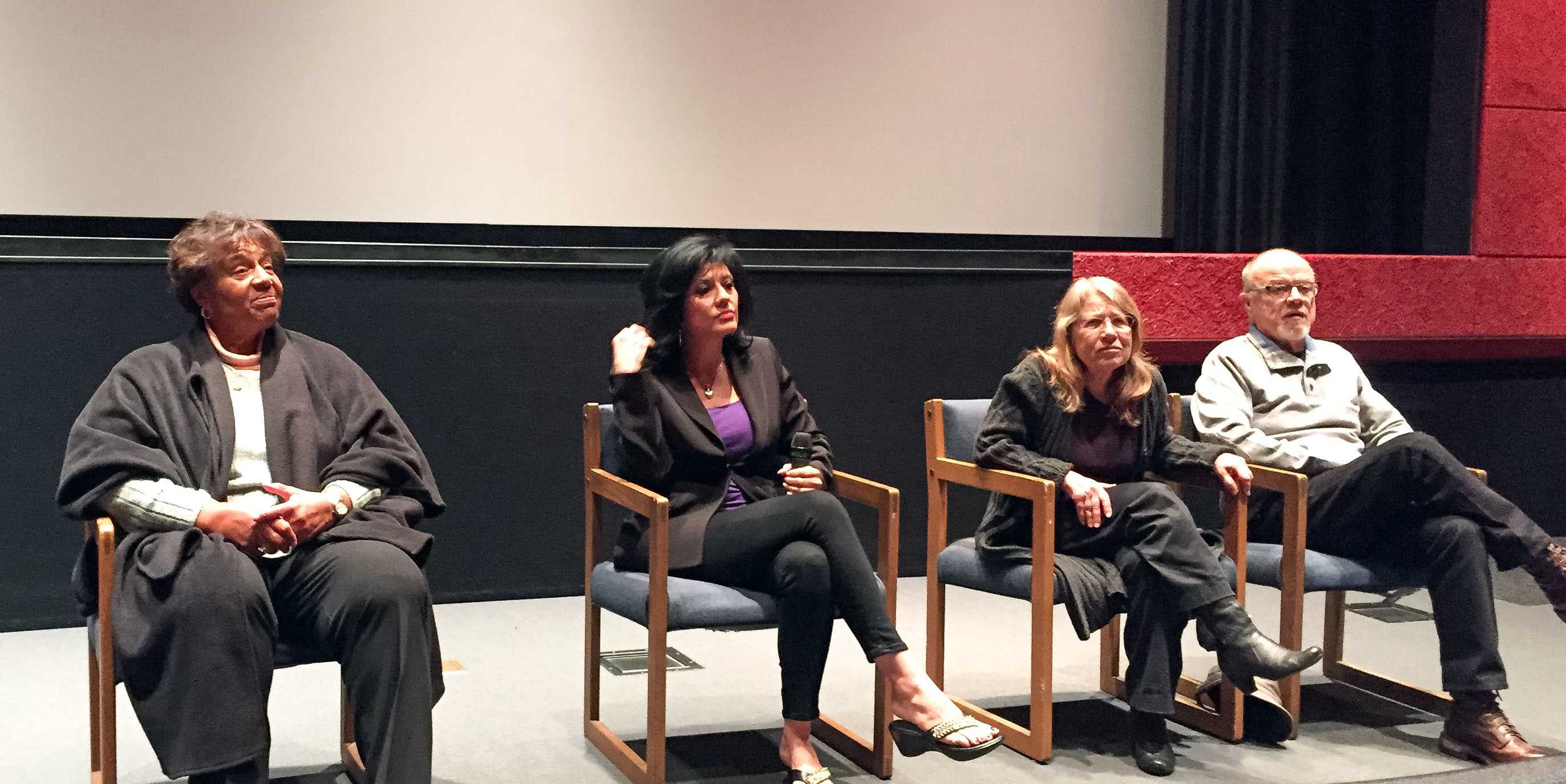 A viewing of “Bridging The Divide,” a documentary featuring former Los Angeles mayor Tom Bradley, was shown in the Armer Theater at CSUN.

The event was one of the first to be held on campus to kickstart Black History Month on Monday, Feb. 1.

The 18-year-old said she found the documentary truly inspiring.

Bradley was the first African American to be elected as mayor of a significant U.S. city. Having won by the majority vote, he served five consecutive terms as mayor from 1973 to 1993 and completely changed the structure of L.A.

“He made L.A. a contemporary city,” producer Jacquil Constant said.

He said that without Bradley, L.A. would not have the same diversity that it does today.

The “Bridging the Divide” team credits Bradley with setting the pace for the country in terms of minorities holding government positions, including that of President Barack Obama.

Shanté Morgan, the founding president of the CSUN Black Alumni Association, said that Bradley was a “savvy political leader,” and that he “changed the perception of African Americans in terms of their public image.”

The film travels through important landmarks of Bradley’s life with a combination of historical photographs and modern digital media, more of which can be found online through the Oviatt Library website in digital collections.

“I love the purpose and meaning … [it was] more than what I was expecting,” said Michelle Partida, 21, cinema and television arts major.

Following the documentary, a panel was held and audience members had an opportunity to ask questions to producers Alison Sotomayer and Lyn Goldfarb, Bradley’s daughter Lorraine Bradley, and Kent Kirkton, the director of the Tom & Ethel Bradley Foundation at CSUN.

Goldfarb grew up in L.A. before the reign of Bradley and said she often felt that the city was misrepresented by the world.

But after Bradley became mayor, she thought of L.A. as a “model for coalition politics.”

Sotomayer said she was inspired to create this documentary with Goldfarb in 2008 because, as a Latina producer, she felt an obligation to share Bradley’s story in order to publicize social issues that resonate in communities.

Through her research, Sotomayer found that the image of L.A.’s mayor was being forgotten and distorted.

There were no “scholarly blogs,” she said. And the history of Bradley’s impact on the city was not being taught in classrooms.

With this film, she said she hopes to grab the attention of younger generations and raise public awareness about Bradley and his role in creating the diversity of L.A. that is present today.

“I’m even more determined to make sure his legacy is not forgotten,” Sotomayer said.

“Bridging the Divide” will air publicly on PBS on Thursday, Feb. 4 at 8.p.m.

More information about the documentary can be found online where you can purchase the DVD and contact the producers directly.