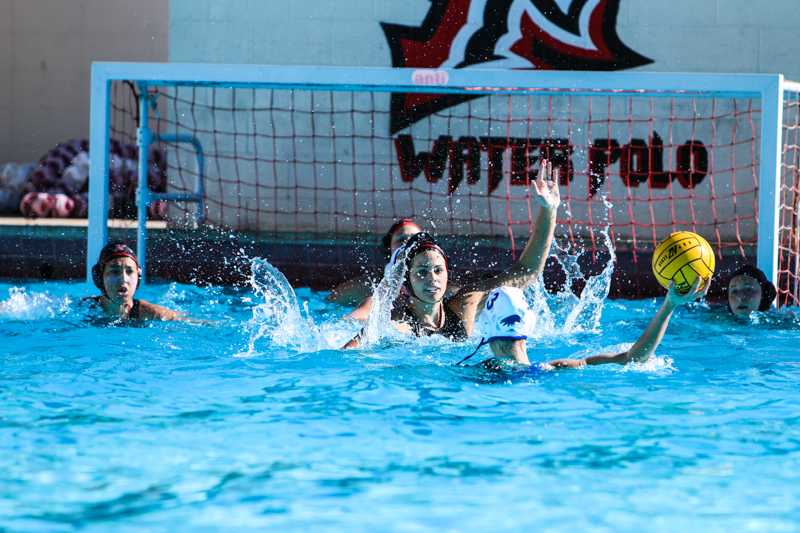 CSUN swept their games over the weekend due in large part to a brilliant performance by sophomore attacker Madeleine Sanchez, who scored seven goals against Pomona-Pitzer. (File Photo / The Sundial)

Against Pomona-Pitzer, the Matadors held control of the game throughout each period. By the end of the first period sophomore utility Paula Abellan Garcia’s scored her first goal of the season right before the buzzer. In the final period, Sanchez broke her scoring record with her seventh goal in the game, also tying the CSUN record.

The record has only been achieved by three other Matadors: Chari Christopher in 2003, Whitney Delgado in 2011 and Lindsy Duncan in 2013. Sophomore center Amy Yule also achieved a record a hat trick and freshman utility Miranda Coleman recorded her first goal her career.

In the second game against Concordia, the Matadors led wire to wire again. Sanchez netted in the first minute as she did in the opening match. As well as Sanchez’s sensational play, eight different players scored goals in the second period to help win the game.

In the third period, sophomore attacker Katelyn Fairchild scored a couple of goals, and with a tally in the last period Garcia recorded the first hat trick in her career.

The Matadors do not play again until the Triton Invitational on Saturday, Feb. 13 and Sunday, Feb. 14 at UC San Diego.