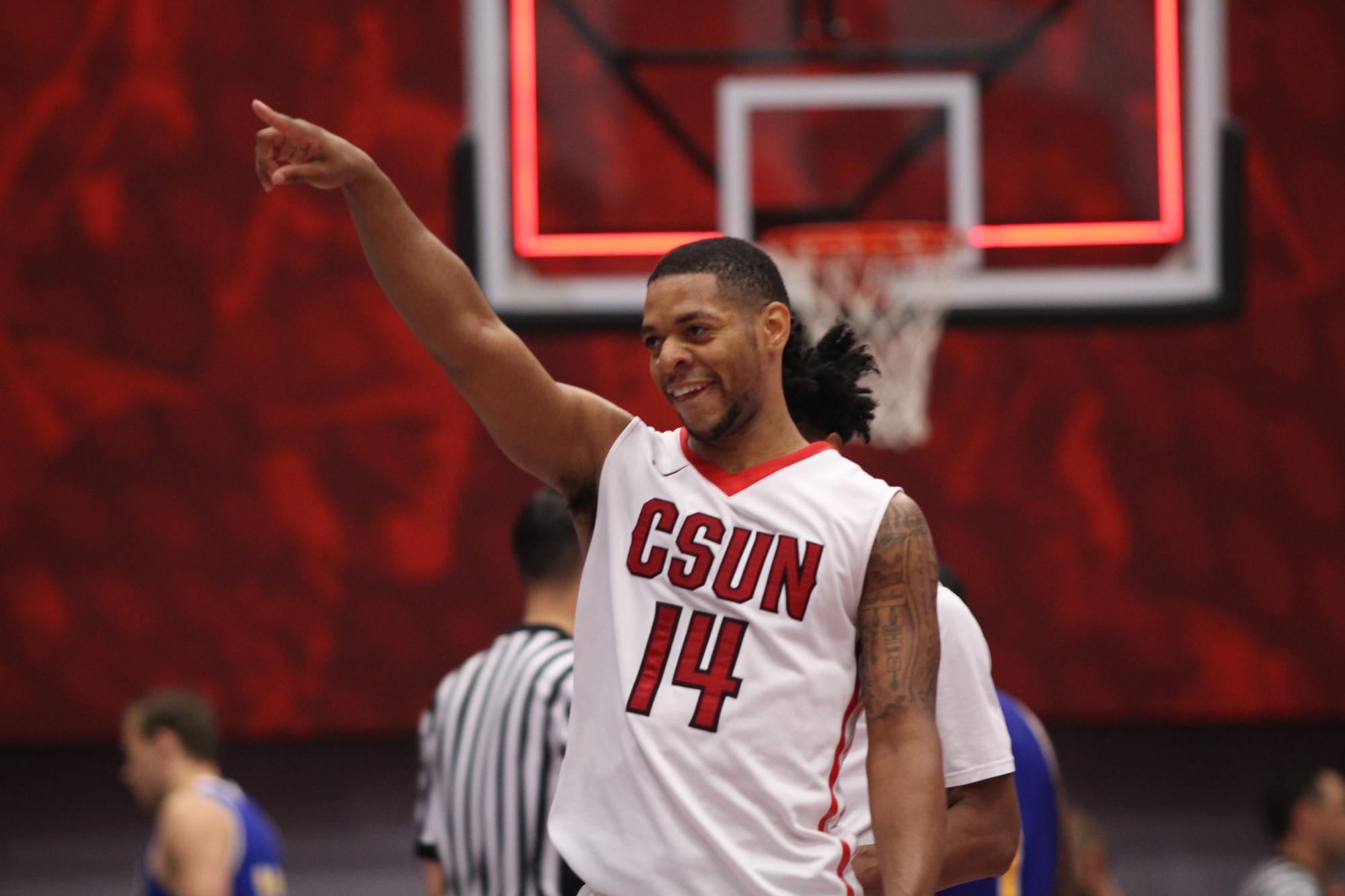 Sophomore Aaron Parks led the Matadors to win over UC Riverside with his 29 points on Feb. 28, 2015. (File Photo/ The Sundial)

The CSUN men’s basketball team (8-14, 3-5 Big West) escaped with a 73-71 victory over the University of California, Riverside Highlanders (13-12, 4-5 Big West) on the heels of a game-high 25 points by sophomore guard Michael Warren.

Warren shot 8-of-13 from the field as well as making three-of-six three-pointers.

The Matadors were able to avenge the 75-72 loss they had on Jan. 16 against UCR.

CSUN led for all but 21 seconds in this game. The team was in control for much of the game, leading by as much as 20 points with five minutes left in the first half.

CSUN and UCR were nearly identical in all categories except points in the paint where the Matadors were able to outscore the Highlanders by eight.

The Matadors started the game on a 7-0 run following a free throw by Warren at the 18:42 mark in the first half.

The Matadors took a 35-15 lead over the Highlanders following a free-throw by sophomore forward Tavrion Dawson with less than six minutes left in the half.

The Highlanders managed to trim the lead, but CSUN still went into halftime with a 14-point advantage.

Hale-Edmerson led the Matadors with five assists while scoring 13 points on five-of-eight shooting.

However, the Highlanders made a game of it, cutting the lead to seven with 14 minutes left in the game after a 7-0.

The Highlanders continued to take bites into the lead throughout the second half getting ever so close.

The lead was short-lived, as Warren converted a three-point play on the next possession, giving the Matadors a 73-71 lead they wouldn’t relinquish.

The Matadors will stay on the road as they travel to play the Long Beach State 49ers at The Pyramid on Saturday, Feb. 6 at 4 p.m.