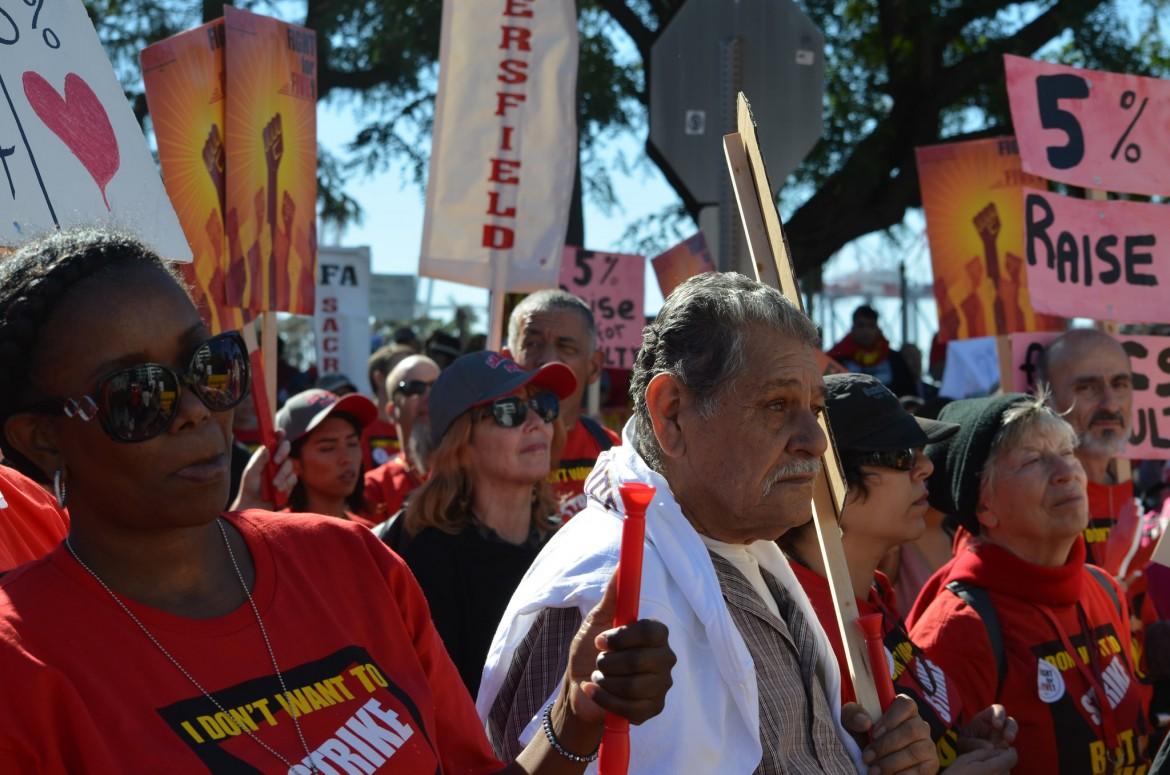 CFA members and supporters listen to speakers at their demonstration in Long Beach on Nov. 17, 2015. Photo Credit: Daniel Shin

The California Faculty Association will announce a potential strike date on Monday, according to the Northridge CFA chapter president Nate Thomas.

CFA members say they will potentially strike on that date after arguments submitted in January by the CFA and CSU on pay raises are reviewed by a third-party.

The CFA anticipates that a report from the third-party will be released in March. At that point, the CSU and CFA will have another opportunity to engage in negotiations.

Faculty are legally prevented from striking until ten days after the third-party releases its report.