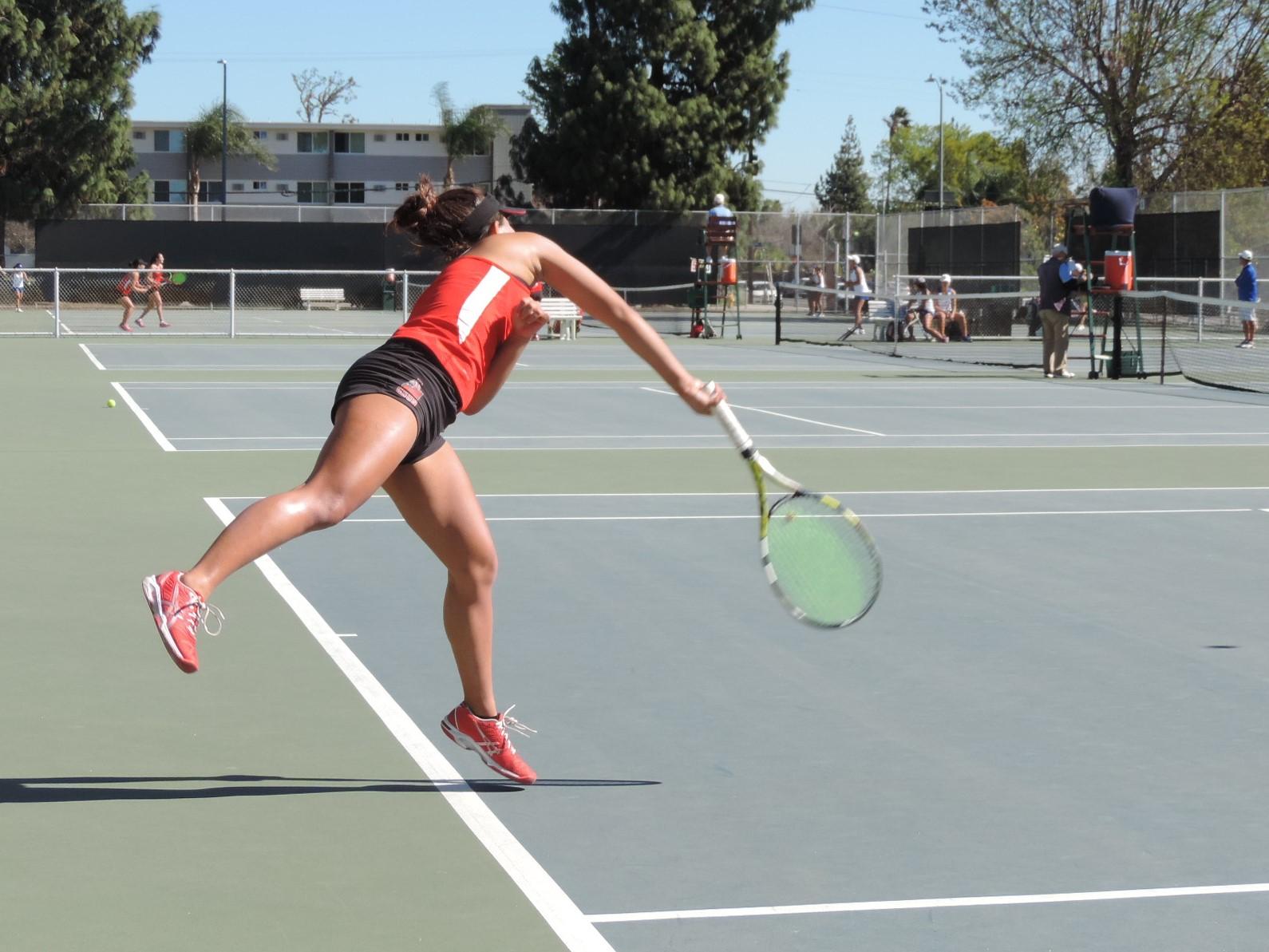 Despite a windy Saturday afternoon, the CSUN women’s tennis team brought their A-game in full swing. The ladies defeated UC Riverside 6-1 in a Big West Conference match at the Matador Tennis Complex.

The Matadors won their first two doubles matches and five singles victories, serving them their first conference win of the season.

Despite a lost game the previous day against Long Beach State University, the girls came back strong, preparing for the wind and a tough match.

“Yesterday, we knew they(Long Beach State) were going to be a very strong and competitive team. Yet, we kept our head and attitude up and fought hard through every point and match.” Sophomore Alexa Gregorian said, “Today against UC Riverside we came out confident yet still open and focused that anything could happen.”

The No. 2 doubles junior Vivian Lin and Skyla Alcon won their draw 6-1. Sophomore Kiryang Kim and junior Mari Taslagyan followed up by winning theirs as well 6-3 in the third draw, allowing CSUN to have an early advantage of 1-0. The No.1 match went unfinished.

No. 1 singles player, junior Mickey Hsu won her match by losing only three games in her two sets. Alcon’s saw her first career match as a Matador with her two sets ending at 6-3 and 6-2.

No.6 singles player, Kirsten Poei, won for the second-straight day in a row.

“Today was very windy but we had an advantage with the home court and being able to practice for a week,” Poei said, “My plan today(for the match) was to be solid and consistent, because eventually they would break down before I would.”

CSUN returns to action with a match at UCLA on Saturday, Feb. 13. First serve is slated for 2 p.m.