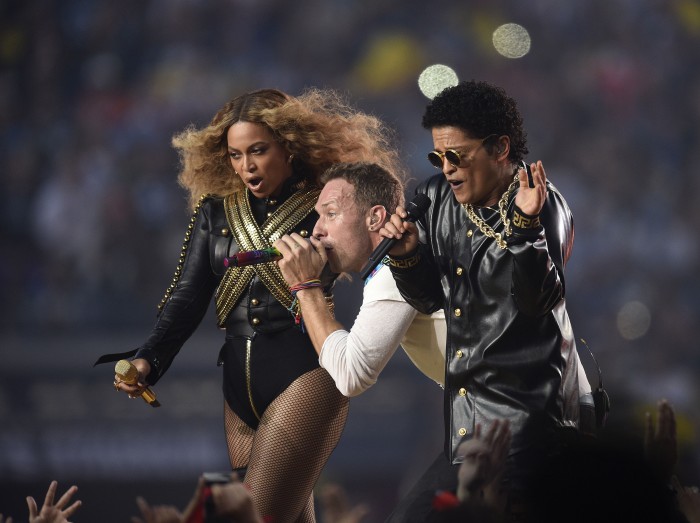 Last Sunday night, football fans from all over the world were glued to the Television or another device to watch Super Bowl 50 at Levi’s Stadium in Santa Clara, Calif. Denver Broncos took victory over Carolina Panthers, however, according to some students, both the national anthem and halftime show were also victorious.

The Sundial took a poll and asked 30 CSUN students about how they liked all the performances of the Super Bowl 50 with Surveymonkey.

Did you like Lady Gaga’s National Anthem?
Did you like the halftime show?
Out of the three artists (Beyoncé, Bruno Mars,
and Coldplay), which one is your favorite?
Do you think it was the best performance in
the 50 years of Super Bowl history? If not, which halftime show was your
favorite?
Whose performance do you wish to see at the
halftime show in 2017? 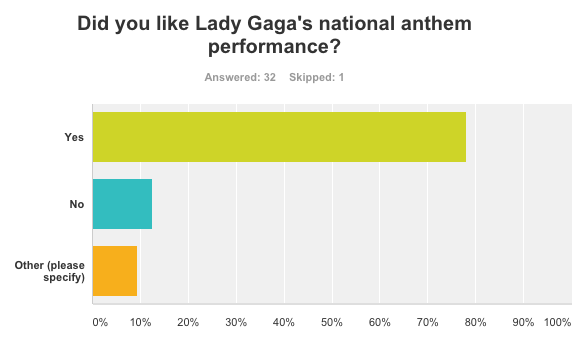 “I don’t listen to Lady Gaga usually, but she attracts a lot of people and I liked the performance,” Srikanth Raddy Jannareddy, engineering management master student said. 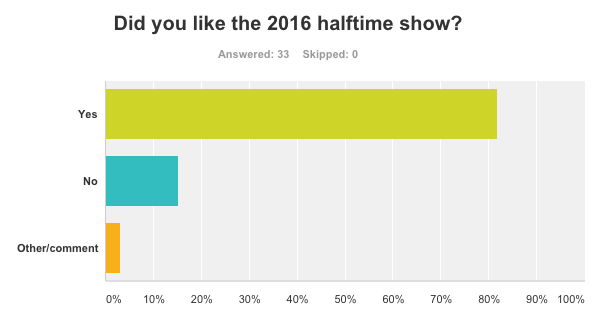 “It was cool that the three main artists came together and I liked that,” said Christian Diaz, sociology senior.

History major senior Ricard Rico also told that he thought this year’s halftime show performance was quite different from the previous shows and liked the scene when Beyoncé and Bruno Mars performed like dance battling. 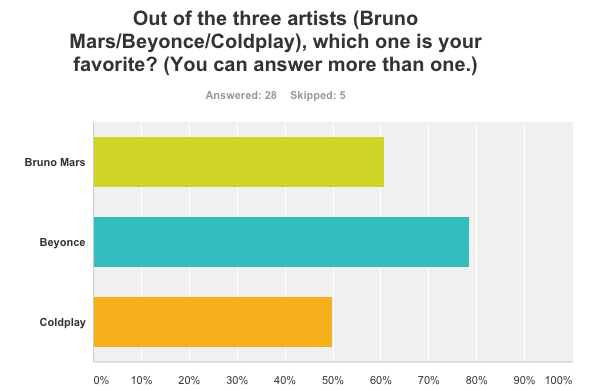 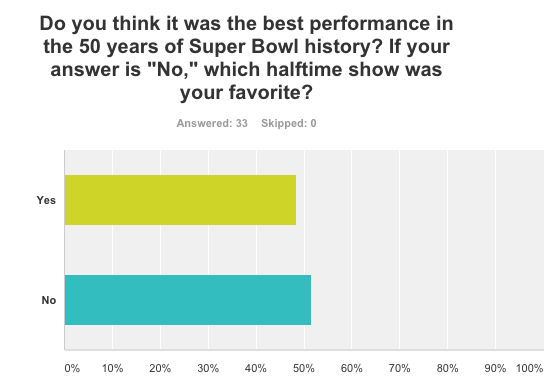 Some students said Bruno Mars and Beyoncé have done amazing performances individually in the past. 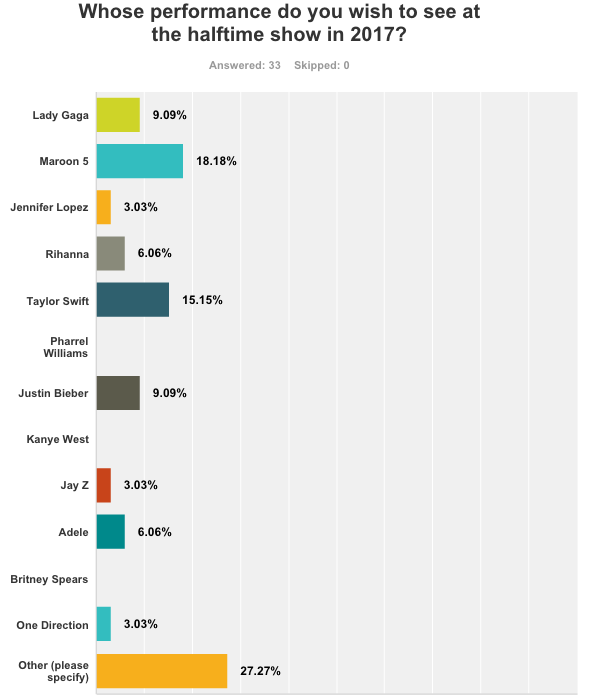 When asked who should play at the Super Bowl halftime show in 2017, artists who got quite higher votes than others in our survey are Maroon 5, Lady Gaga and Taylor Swift.

Join us and fill out your response here.