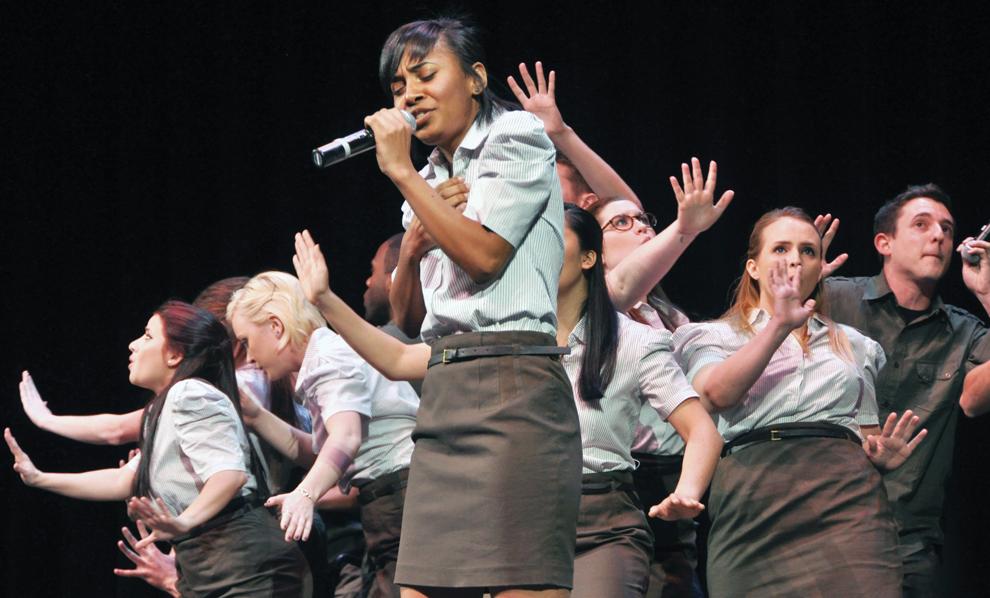 CSUN’s A cappella group Acasola will celebrate its ten year anniversary, but not before members celebrate a first place win.

After losing recently at The Varsity Vocals International Championship of Collegiate A Cappella, a competition that was showcased in the popular film “Pitch Perfect,” Acasola’s competitive spirit was low.

Their loss at ICCA made their first place win at the 2016 Los Angeles A cappella Festival on Jan. 22 at Santa Monica High School, more special.

“It was really shocking, but also not a surprise because of how hard we worked,” said Acasola president Gabrielle Maestas. “The group hasn’t competed since ICCA’s, and we didn’t win. So we were discouraged from competing again. This is the first time that this group has competed and we didn’t really know what to expect. We were really expecting to at least get to second place [in the final round of competition], so when we won it was incredible and super shocking and we’re very grateful and humble.”

Maestas said the group performed three* rounds during the competition. They performed Michael Jackson’s “Thriller,” mashed up with The Weeknd’s “Can’t Feel My Face,” along with Bruno Mars’ “Uptown Funk” mixed up with James Brown’s “Get Up,” and Taylor Swift’s “Safe and Sound.”

“For the second round we did two songs, [Donnie Trumpet & The Social Experiment’s] ‘Sunday Candy’ and [Lara Fabian’s] ‘I Will Love Again,’” Maestas said.

For the final round, the group performed one song.

“To wow the audience one last time, we sang ‘Why Don’t You Love Me’ by Beyoncé,” she said.

Adding to the shock and importance of this win is the fact that Acasola came out on top against UCLA’s Scattertones, who beat them at the ICCA’s.

“It was a very surreal experience because of where this group was when I joined,” Acasola secretary Arianna Monge said. “We decided we wanted to compete in the ICCA’s and so much work went into it and so much passion and we lost so bad to Scattertones which we beat in this last competition. So it’s surreal to think how far we came from that.”

With a total of six groups, five of them collegiate level and a high school group that is led by professionals, the competition is divided into three rounds. Narrowing it down to two groups for the final round.

“I think that winning this competition has set an even higher standard for the group and the expectation we have for each of our members,” Monge said. “We have continuously broken boundaries and barriers that we didn’t think we would ever reach, so it just goes to show that we have a lot of potential to do so much more.”

Seemingly, the general consensus was that the group was expecting to, at the most, get second place, something they would have been both content with and proud of.

“The first reaction that I knew I felt was shock. Complete and utter shock,” said Luna Trejo, who also runs Acasola’s social media. “We had no idea we were going to win. We had accepted that we were going to win second place, which we were completely proud of because we were able to make it to the final round.”

“We look for people who obviously love to sing and who are comfortable performing in front of an audience and who have a really good vibe in general,” Maestas said. “Someone who you can tell would be a really good member and a really good friend.”

The group seeks members with unique talent and beatboxing or choreography and people who have the potential to be leaders, according to Maestas.

“We look for a lot of leadership qualities in people to make sure we prolong the group as long as possible,” Maestas said.

In expanding the group, Acasola looks to continue their success and prove their potential.

*This article was changed on Feb. 16 because a source had inaccurate information.