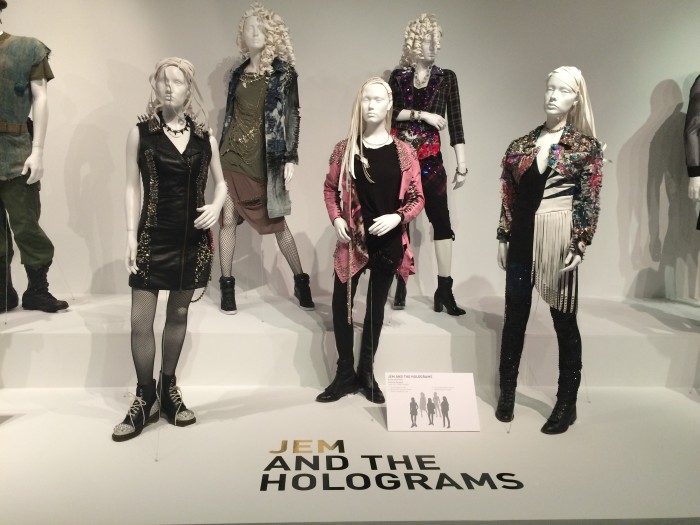 FIDM, the Fashion Institute of Design and Merchandising, opened its 24th annual Art of Motion Picture Costume Design exhibit showcasing more than 100 costume designs from 23 films, including five 2015 Oscar nominees, on Tuesday, Feb. 9th. The exhibit features costumes from memorable characters from each of the movies, as well as theatrical movie posters and words of wisdom about the art of costume design on the walls around the gallery.

The exhibit is located in FIDM’s museum gallery on the corner of Grand Avenue and 9th Street. Admission is free and open to visitors from Tuesday through Saturday from 10 a.m. and 5 p.m. The exhibition will be open to the public until April 30th.

Every day the exhibit gets about 200-300 visitors, said FIDM security guard Damonesha Ross. “People love coming to see it because it has the real costumes used in the actual movies,” Ross said.

Walking into the exhibit, visitors are greeted with a display of theatrical film posters from all 23 films, as well as an explanation of what it is like to work on the set of a film as a costume designer. Similar informational insights into the world of fashion designing for film are displayed on different walls throughout the gallery. Costumes among the five Oscar nominees were from the movies Carol, The Revenant, The Danish Girl, Mad Max: Fury Road, and Cinderella.

The costumes shown from the movie Carol were designed by Sandy Powell and had been worn by actresses Rooney Mara and Cate Blanchett. They featured women’s pea coat jackets with long matching skirts and scarves, along with plaid materials used for the costumes.

Costumes from The Revenant were designed by Jacqueline West and worn by actor Leonardo DiCaprio. These costumes were suited for the freezing temperatures portrayed in the film with thick leather, fur and belts to hold weapons.

Costumes from The Danish Girl featured long extravagant dresses in light neutral colors designed by Paco Delgado. Designs from Mad Max: Fury Road were made entirely from dark brown leathers and created by Jenny Beavan. The first visible costume set in the gallery is from the film Cinderella, also designed by Sandy Powell. The set featured Cinderella’s fairy tale dress, as well as the prince’s, stepmother’s, and stepsisters’ costumes.

Gallery guide Mesha Shawn explained the many types of visitors who come to see the exhibit. Locals, tourists, and students all visit the gallery, sometimes in big groups with a tour guide, she said. As Mesha handed out pamphlets to each newcomer, she explained that the three-gallery event differs from last year’s Art of Motion Picture Costume Design exhibit because it features costumes entirely from film. Last year’s event showcased costumes from Emmy-nominated television as well as film.

“People can find out about it every year through the FIDM website, blogs, Channel 7 News, and mostly word-of-mouth,” Shawn said.

Two FIDM graduates had their work displayed in the exhibit to inspire young fashion designers. These included costumes from Jem and the Holograms by Soyen An and The Longest Ride by Mary Claire Hannan.

Freelance wardrobe stylist Jennifer Salas said she felt she had to come to the event to see the work of the talented designers.

“I love events like this because you can see award-nominated work in real life,” Salas said.

“It’s nice to see fashion like this for ideas and inspiration,” Parker said.

Photography is welcome in the gallery but touching the designs is prohibited. The exhibit is open to non-FIDM students and welcomes everyone to attend.