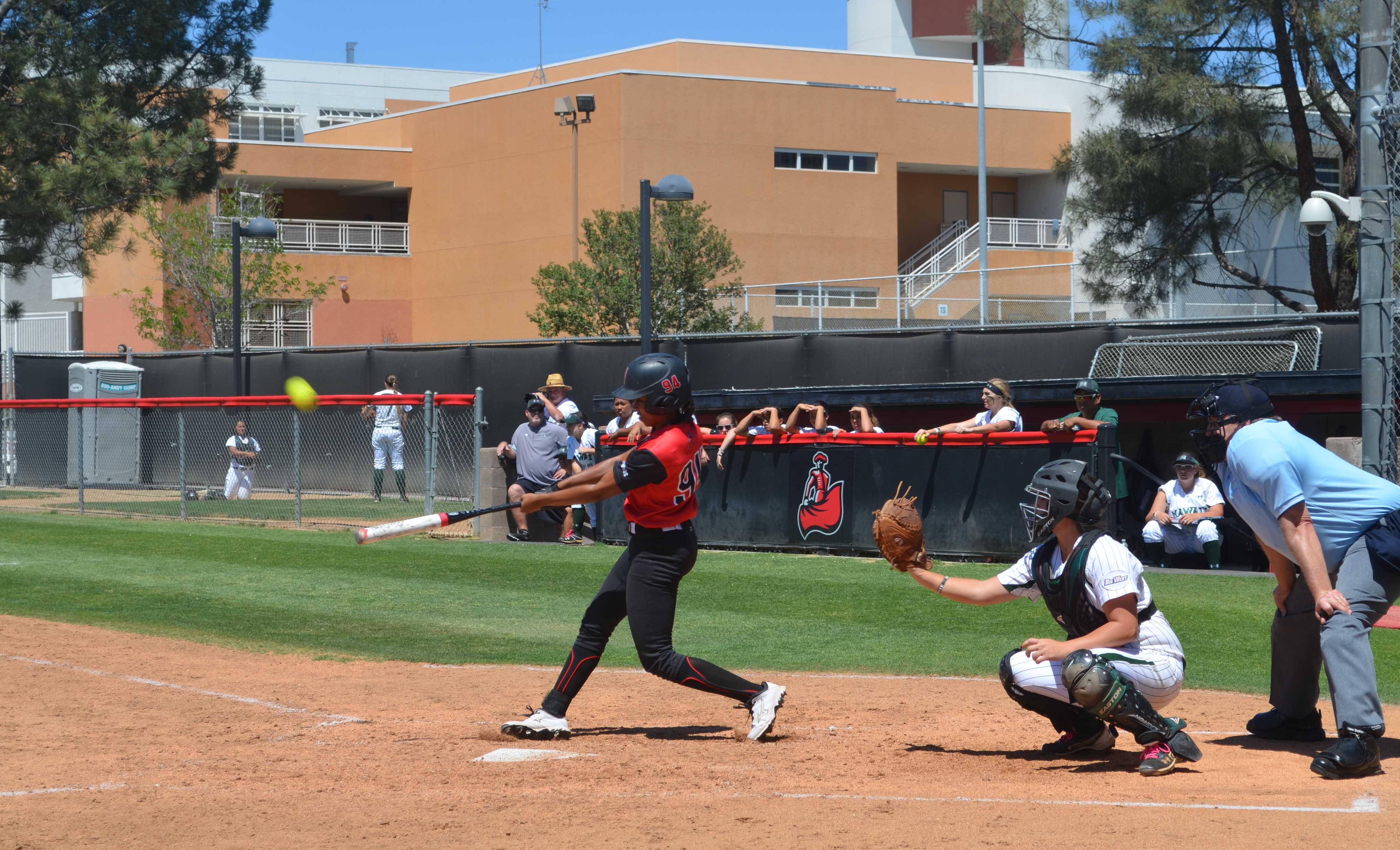 Junior Taylor Glover was three-for-four in the first game of CSUN's double header on Friday, Feb. 19, 2016. They lost the first game to Weber State, but won the second against Portland State. (File Photo / The Sundial)

The CSUN softball team lost 6-1 to California and 6-2 to Oregon State on Sunday at Kajikawa Classic in Tempe, AZ.

In the first inning of the opening game, sophomore infielder Savannah Horvath was hit by a pitch and stole second base, which was her first stolen base of the season.

She then scored on junior infielder Madison Fleming’s first RBI single of the season.

Freshman pitcher Taylor Troost made her Matador debut in the game and allowed 13 hits with one strikeout and one walk in six innings of work. Junior pitcher Daphne Pofek allowed one hit but got the final three outs for CSUN.

In the second game of the day, Pofek was the starter and kept the game scoreless until the fifth inning.

However, the Beavers got three runs from Pofek in the fifth and sixth innings.

In 5.2 innings of work, Pofek allowed six hits with five walks with three strikeouts. Junior pitcher Katie Chenault took the mound and got the last out of the sixth inning.

Hooper, who was the 2015 Big West Player of the Year, opened the top of the sixth inning with her 20th home run as a Matador and junior catcher Karlie Habits added her first.

Then, freshman utility Mackenzie Babbitt, hit her first career double but still the Matadors could not complete the comeback losing 6-2.

The Matadors will close out this weekend’s slate of games against Stanford University on Sunday, Feb. 14.