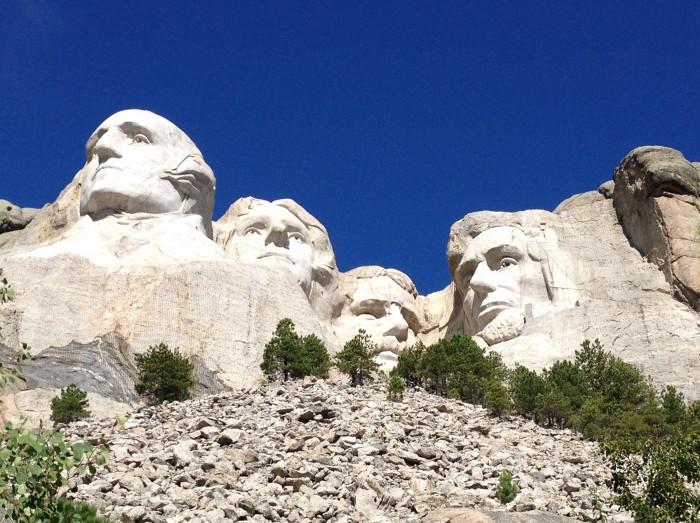 George Washington is a permanent figure of US history. He is remembered alongside some of America's greatest leaders on Mount Rushmore in South Dakota. (Ellen Creager/Detroit Free Press/MCT)

But he did have toothaches so painful that at 57, he had all his teeth pulled out and replaced with a set of dentures, made of ivory, gold, and animal and human teeth.

4. He was the only president to serve in battle while holding office

On September 19, 1794, Washington led troops through a month-long march to Bedford, Va. from the Allegheny mountains. Talk about multi-tasking.

3. He really liked dogs (but gave them bizarre names)

Washington had more than 50 dogs in his lifetime, and often bred hunting hounds. Some of the most memorable names he gave to his pets: “Madame Moose,” “Tarter,” “Drunkard,” and “Tipsy.”

2. He made serious bank as president

A 2010 Wall Street 24/7 article listed Washington as the richest president in US History. Adjusting for inflation, Washington’s assets neared $500 million when he was president.

Hemp was considered a cash crop during Washington’s presidency. It was often used to make paper, rope and other goods. Whether or not he indulged in the crop himself may never be known.