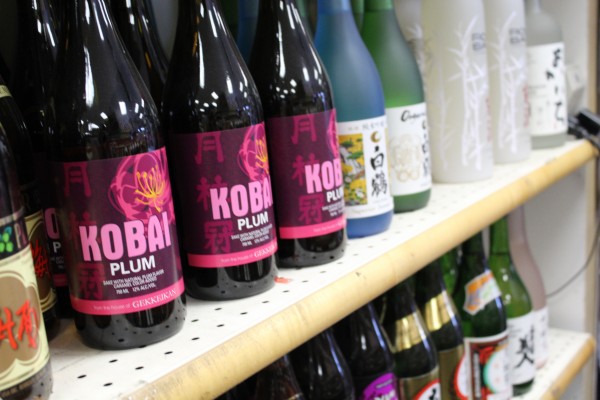 From its beginnings as a family-run grocery to its transformation to a bottle shop, Craft Beer Kings’ mission has never changed: to serve its public as best it can. At Craft Beer Kings, there is something for everyone.

“We carry everything,” said Moe Salamh, Craft Beer Kings’ chief operating officer. Not in the mood for a craft concoction? Don’t worry, you’ll still be able to find Corona or Heineken here as well.

The store’s hours are 7 a.m. to 10 p.m., Monday through Thursday, and 7 a.m. to midnight on Friday and Saturday. They close at 10 p.m. on Sunday. The store is located in El Monte, about an hour away from Northridge.

Now that might seem a little far for people who live in Northridge or for people who don’t have a car, but Craft Beer Kings has a solution for that. The store does a lot of business through their website and has a flat shipping rate of $9.99 for California, according to Steve Aulcy, who is responsible for internet sales. Plus, there’s no minimum amount you have to purchase for online orders.

On top of selling beer, they also have a large wine and sake inventory. On top of that, they sell cigars as well vapes and vape accessories. There are three different cigar cabinets in the store to keep them in prime condition, according to Salamh.

Exclusivity is a big selling point, especially for Craft Beer Kings. One of the ways they attracted business was with something they called “Cellar sales,” Salamh said. During these sales, Salamh brings out some rare gems for customers. Cellar sales happen every other month or so, and in order to take part, you must join their email list and follow them on social media.

Another way the company attracts business is by hosting breweries every Friday and Saturday. The brewery reps come in to talk about their beers with the consumers, which helps increase foot traffic in the store. These sales representatives usually give away free goodies too. Craft Beer also offers giveaways at the end of every month, Salamh said.

One of the main parts of a business is advertising and getting your name out there. One of the ways Salamh said he gets his name out there is through websites like Beer Advocate.

His main source of advertising is through Google. Salamh said that they spent quite a bit of money to have Craft Beer Kings come up as one of the first searches when people search beer on Google.

“Google is a big, big part of our advertising.” Salamh said.

Some of their best selling items are their beer baskets, according to Salamh. These beer baskets consist of different beers that all fit a certain genre, like an IPA basket or their mystery basket. With the mystery basket, Salamh will create a basket full of unique beers. Their most popular beers include the Speedway Stout, Peanut Butter Milk Stout and their Dogpatch Sour.

Craft Beer Kings carries most of the well-known beer makers, but they also care deeply about pushing local beers to their customers. Some of the local breweries they carry are Monkish, Smog City and El Segundo. According to Aulcy, there will be certain times at the end of the month where they offer free shipping.

“Craft Beer Kings does a great job carrying a variety of beers. Head there to explore the thousands of beers waiting for you,” Salamh said.