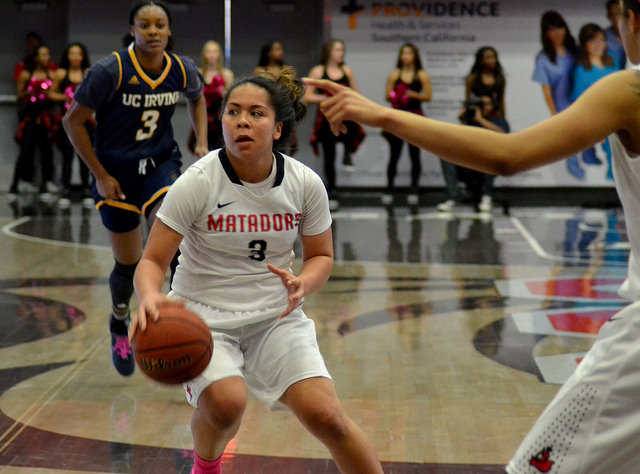 CSUN women’s basketball team (6-18, 4-6 Big West) is hoping to coming out of its second meeting of the season against the UC Santa Barbara Gauchos (9-16, 6-5 Big West) with a win on the road.

The first game between these two Big West rivals, placed the Gauchos in the driver’s seat for all, but the opening moments of the game. Shooting 60% from the field and 55% from 3-point range, the Gauchos held a comfortable lead throughout the first half with a lead of 29-6.

There were two bright spots for the Matadors in the first game and they came from junior guard Emily Cole with her team-high 14 points and freshman center Channon Fluker’s career-high 15 rebounds coming off the bench.

If the Matadors hope to win Thursday night’s game against the Gauchos, they will need big contributions from Cole in the the scoring department and from Fluker. Fluker is on a seven-game double-double streak and is averaging 20.8 points and 13.9 rebounds.

Defensively, CSUN needs to keep Gauchos’ sophomore guard Makala Roper, who is tied for the league lead with 29 3-pointers and is shooting over 40 percent from downtown against conference opponents, in check.

This along with the Matadors sticking to its guns on the boards and out-rebound the Gauchos like the first game 41-30, they could win against UC Santa Barbara and tie up the season series.

Tip-off is Thursday at 7 p.m. at UC Santa Barbara.