Spread of Zika virus concern to travelers and pregnant women 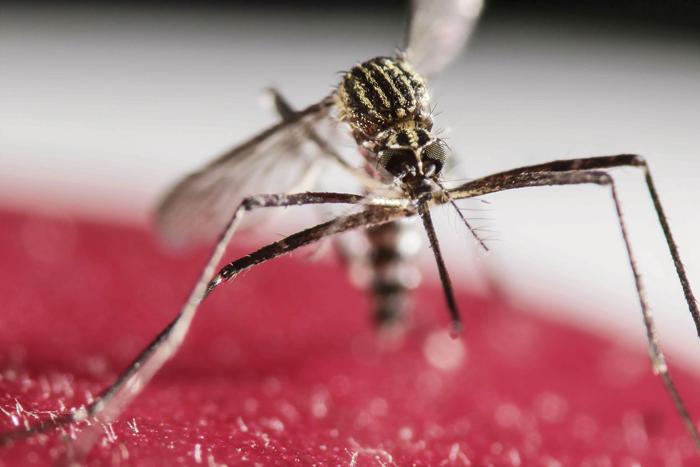 A mosquito from the genus Aedes, which can carry Zika virus. (Jeffrey Arguedas/EFE via ZUMA Press)

The Center for Disease Control and Prevention recently moved its Emergency Operations Center to a level one activation in response to the Zika virus outbreak, according to a CDC press release. This came not long after the World Health Organization issued a Public Health Emergency of International Concern regarding the recent cases of microcephaly and other neurological disorders in areas affected by Zika.

Similar to dengue and chikungunya, the Zika virus is generally transmitted by the bite of an infected Aedes mosquito. According to the California Department of Public Health, the Aedes mosquito is not native to California (normally being found in tropical and subtropical areas), but has been found in the state since 2011. The Zika virus was first identified in humans in 1952 in Uganda and the United Republic of Tanzania, but outbreaks have been reported in Africa, the Americas, Asia and the Pacific, according to the WHO.

“I don’t know of anyone being infected by this virus. I don’t think it’s common for people to get it here if they haven’t traveled to the high risk areas,” said Natalie Lopez, junior anthropology major.

There have been no reports of infection in Los Angeles nor have there been any known cases of CSUN students with the disease.

The CADPH reports that, while the virus cannot be spread through casual contact, it is possible to be transmitted through blood and sexual contact. People are encouraged to use condoms to prevent sexual transmission of the disease.

There is no cure or vaccine for the Zika virus, however the illness is usually mild, lasting only a few days to a week, according to the CDC. Symptoms of the disease include fever, joint pain, rash, red eyes and muscle pain. These symptoms may appear between three to seven days after being bitten by a mosquito.

One of the main concerns of the Zika virus is the birth defects possibly associated with disease. While rare, the CDC reports that the virus can be passed from mother to child during pregnancy.

Microcephaly is one of the common birth defects associated with the Zika virus. According to the CDC, microcephaly is where a baby’s head is smaller than average. This can include the baby having a smaller brain due to not developing properly. Severe cases of microcephaly have involved the infant developing seizures; developmental delays such as speaking, sitting, standing and walking; problems with movement and balance; hearing loss; vision problems and more.

Pregnant students who are planning on traveling to areas of affected by Zika are told to postpone their travel. If they still plan to travel, they should check with their obstetrician, according to Yolanda Chassiakos, director and medical chief of staff of the Klotz Health Center.

Students can set an appointment at myhealth.csun.edu or go to csun.edu/shc/appointments.

Students can discuss with the doctor the possibility of being infected and what steps to take in order to prevent being infected.

The student health center suggests that students visiting high-risk areas use EPA-approved insect repellent and wear clothing with maximum coverage clothing such as long-sleeve shirts, long trousers and closed-toe shoes. Also, mosquitoes can reproduce in a small amount of standing water and the Aedes mosquitoes are known to be “aggressive daytime biters” in addition to biting at night, according to the CDC.

Not all students are too worried about the disease, as shown through psychology sophomore Daniella Hernandez.

“As long as students are aware that there’s a new virus going around,” Hernandez said, “I think they will take the precautions needed.”