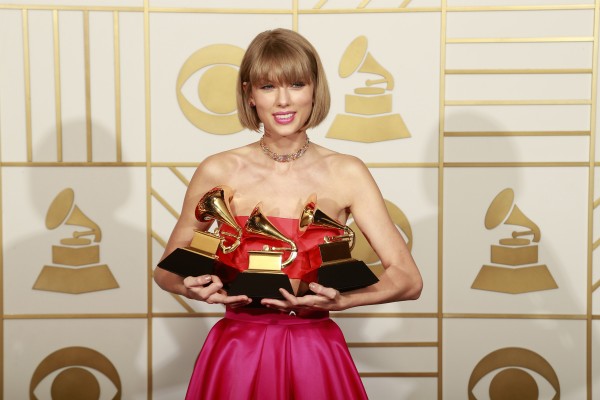 The 58th Grammy Awards, hosted by LL Cool J, kicked off Monday night with an entertaining performance by Taylor Swift singing her hit song “Out of The Woods.” The opening of the show would make way for the many memorable performances and tributes throughout the night.

Kendrick Lamar’s performance was powerful as he sang mash ups of his songs to make them one complete collaboration. His performance was set in a jail filled with prisoners. They were walking in chains to the beat of his song “Blacker the Berry.” As the songs went on, the stage illuminated with fire in the background as African dancers bounced to another one of his songs. Lamar would go on to win best rap album for “To Pimp A Butterfly” beating out nominees like J. Cole and Drake.

Later in the evening, Lady Gaga came out to sing and dance for a special David Bowie tribute. She entered the stage singing Bowie’s song “Space Oddity” while rocking orange hair and colorful makeup. Gaga not only sang and danced, but played the piano as well. She would go on to perform many of Bowie’s other hits including “Fame” and “Fashion.”

Justin Beiber came out with his backwards hat and guitar in hand to perform an acoustic version of his hit song “Love Yourself” on a side stage. He followed the song up as he ran to the main stage to do a unique version of “Where Are You Now.” The set background was a bright yellow as a giant “U” hung above his head while he sang. Beiber would take home his first career Grammy for best dance recording. This award did not air during the main show.

“I like Justin Beiber a lot,” said psychology major Scout Shutter. “The songs he did were the same, but he did it in a different rendition. I heard Justin Beiber won his first Grammy ever which is weird because I would have thought he had won Grammys before.”

For the main awards of the night, Taylor Swift and Ed Sheeran came out on top. Taylor Swift won the album of the year award beating Kendrick Lamar and the weekend. She gave an influential speech specifically talking to young women about working hard and giving the credit to themselves.

“I am not a fan of her and I don’t understand how she is so popular,” said senior Lauren Isturiz.

Ed Sheeran won song of the year for his song “Thinking Out Loud.” While on stage accepting his award from Stevie Wonder, he thanked his parents who have attended the last few award shows with him.

The final award of the night was for record of the year. It went to popular song “Uptown Funk” by Mark Ronson and Bruno Mars.

Singer Pitbull closed out the three and a half hour show with his new song “El Taxi” while actress Sophia Vergara danced along on stage.