DC Society: So you want a revolution? Now? 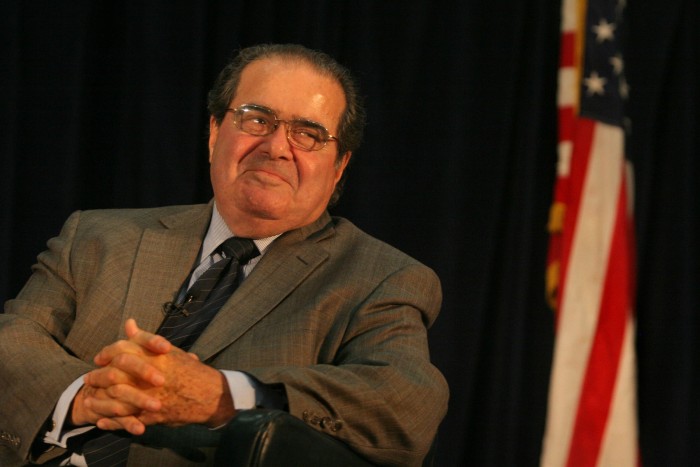 On Saturday, Feb. 13, the unforeseeable happened. Supreme Court Justice, Antonin Scalia, died at the age of 79.

Scalia was the longest serving member on the bench, serving since 1986 under Ronald Reagan.

Following Scalia’s death, President Obama has said he would fulfill his constitutional duty and nominate someone to fill Scalia’s now vacant seat. Despite this, Republicans in the Senate especially those running for president, particularly Senate Majority Leader Mitch McConnell, has vowed not to vote on the president’s nominee and wants to wait until after the election to confirm a nominee.

“The American people should have a voice in the selection of the next Supreme Court justice,” McConnel said. “Therefore, this vacancy should not be filled until we have a new president”

The court now only has eight justices on the bench split evenly between Liberals and Conservatives. Meaning that new cases heard by the court that are split 4-4, the lower court’s decision stands.

This scenario could affect up to 18 cases in the coming term, and would affect future terms unless a ninth justice is confirmed by the Senate.

Now, under the constitution, the President shall nominate and appoint justices to the court with the advice and consent of the Senate.

Yes, what the senate should be doing is not unprecedented. In 1987, Ronald Regan nominated Anthony Kennedy to the Supreme Court and was later confirmed in 1988.

Besides all of that, the fact is that the American people have already let their voice be heard, in 2012. It may seem like a long time ago but the fact is is that when the American people re-elected Barack Obama for a second term by five million plus votes they made it apparent that was the man who they wanted to be president until Jan. 20, 2017.

The fact of the matter is that conservatives are afraid that if President Obama gets his way, the court will finally become a liberal dominated court which hasn’t been seen since the 1970s.

Conservatives would rather have another Scalia to keep a hold of the court. Yet, they don’t realize, that if they lose the White House, it is assured that they’ll lose the court anyway.

A Supreme Court justice has a life long term, the court hears many cases and over the years has made many landmark and controversial cases. Scalia himself presided as a justice when the Supreme Court throughout the Voting Rights Act of 1965, deemed the Affordable Care Act or ‘Obamacare’ not once but twice, even he was there when the court legalized gay marriage throughout the country.

A Supreme Court justice has the potential of helping or destroying lives whether it be telling a woman what she can or can’t do with her body, if love wins or loses, if health care is a right for all or for the privilege, if a person has a right to bear arms even if the weapon is a military grade weapon or if a young African-American boy can be able to have the equal chance of getting into CSUN as compared to his Caucasian, Asian and Hispanic counterpart. All of this is at stake – this is all on the table and it’s up to you to decide what do you want for yourselves.

Scalia believed in the constitution, even if it came at odds with his parties beliefs, his career as a justice not only in the court but while he was in the district court of DC focused on just that, following and interpreting the constitution.

It’s ironic the same party that held the constitution to a high standard, would walk away from it when it suits them and the mere fact that they won’t hold even a conference or even go through the motions of nominating a justice only does a disservice to Scalia’s memory.