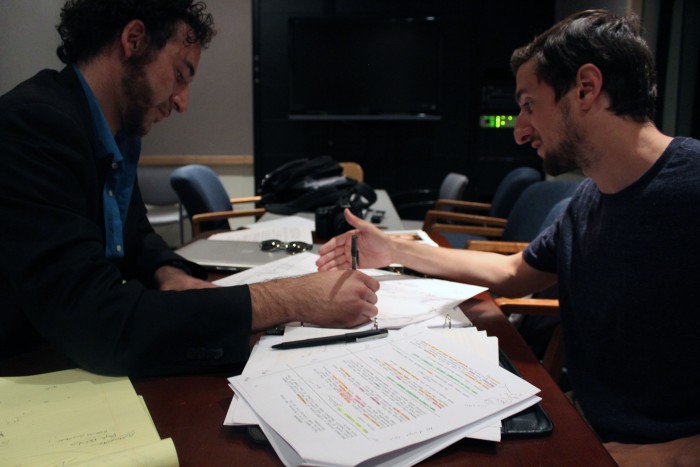 CSUN debunks the common misconception that art programs suffer from a lack of funding by distributing an equal amount of funds to the arts and professionally-oriented curriculum, according to the 2014-15 University Operating Budget.

“There is a great deal of respect for the work we do here,” Dan Hoskins, interim dean of the Mike Curb College of Arts, Media and Communication, said. “Funding is a challenge in all departments of the university.”

Although the fair spread of funding between the arts and core courses at the university level is not an issue, statistics show that arts and humanities receive less funding than math, science and English in grade and high schools.

“When you compare what is taught and how much time is given to subject areas in the school curriculum, it becomes evident that the arts is given less time and emphasis in most public k-12 schools,” Art Professor Kenneth Sakatani said.

Annual federal funding for arts and humanities is about $250 million a year, while the National Science Foundation receives about $5 billion, according to dosomething.org.

“Unfortunately, assessing specific learning benchmarks is difficult in the arts, and as a result, much funding often goes to science and math, where learning and more tangible contributions may be more readily assessed,” Professor Lesley Krane, associate chair of the art department, said.

Even with the 2014-2015 University Operating Budget publicly available on CSUN’s website, there are still some who believe the arts are under-respected in universities. The budget shows that, of the $103,193,054 allotted for academic affairs, the MCCAMC, which has a total of 5339 students, received $13,923,024; the College of Science and Mathematics, with a headcount of 3072 students, received $14,613,551.

“Arts programs advocate developing critical thinking and independent individuals, and that is what education should be about,” associate art Professor Meiqin Wang said. “Sadly, many universities have been infiltrated by the corporate culture and global capitalism, which sees effectiveness and profit-making as the standard for decision-making.”

Art Department Chair Edward Alfano believes that the idea that arts and humanities at CSUN are underappreciated stems from the fact that the entire school’s funding has decreased, which resulted in overall budget cuts.

Alfano also contributes this belief to the lack of opportunities outside of state and federal funding, like scholarships or grants, for arts and humanities students.

Fortunately for CSUN’s Department of Cinema and Television Arts, organizations such as the Hollywood Foreign Press Association are willing to support the future of art. The association granted the department $2 million earlier this year in support of film and television students.