Police search for man who appeared to have handgun, attempt to rob CSUN student 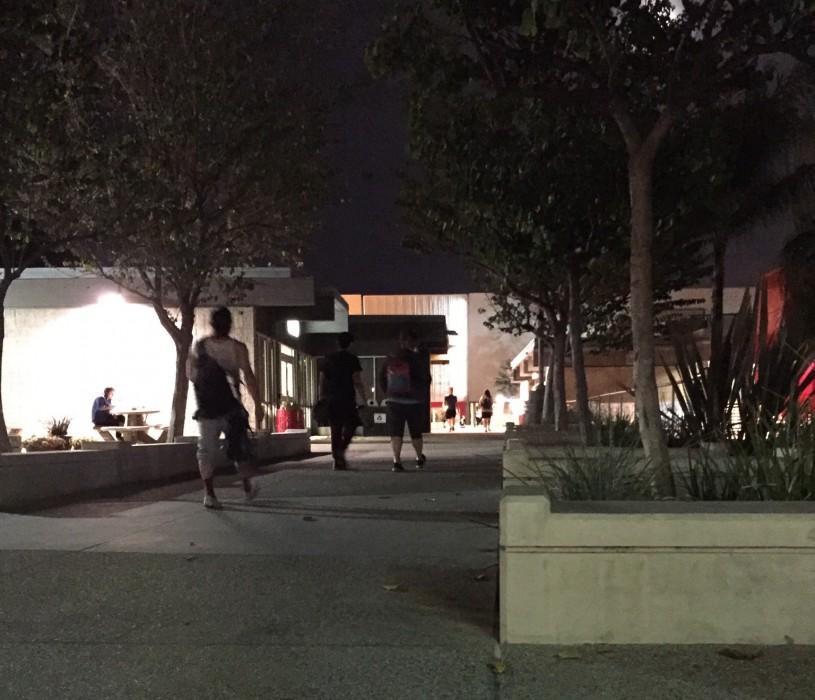 The Recreation Center within the University Student Union where the attempted robbery occurred on Feb. 23, 2016. Nicollette Ashtiani / The Sundial

CSUN Police Department are looking for a male suspect that attempted to rob a female student with what appeared to be a black semi-automatic handgun.

The incident occurred today on Matador Walk, north of the University Student Union’s swimming pool, around 6:18 p.m., according to a crime alert.

According to the alert the suspect is white, 5 feet 6 inches tall, slender build, wearing a black baseball cap, black pants and a black pullover hoodie sweatshirt with red lettering. The suspect was riding a black mountain bike, according to the release.

“The suspect pointed what appeared to be a black semi-auto handgun toward the ground and demanded the victim give him all her money,” according to the release. “Upon telling the suspect she had no money to give, the suspect told her not to yell and then rode north through the University Student Union and out of sight.”