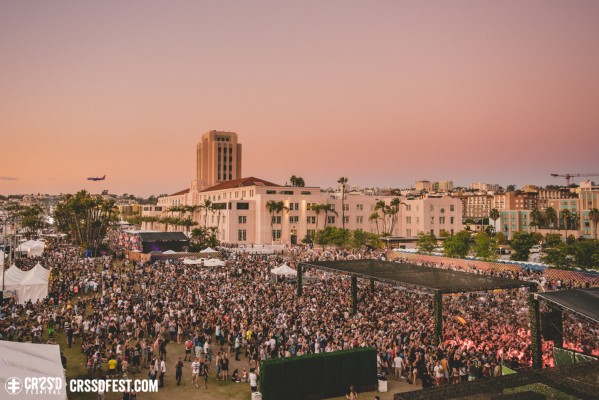 CRSSD festival is returning for its second spring show on March 5th and 6th in San Diego’s Waterfront Park. Electronic reverberations will resonate throughout the popular two-day festival, while new and old artists grace the park next weekend.

We have created a Spotify playlist for you to listen to and get pumped up for the festival. Artists not found on Spotify will have a link next to their name on the full list of performers below.

This will be the festival’s third show in just 12 months. CSUN students talk about why they think the festival has grown in popularity so rapdily.

Matt Garrett, a 22-year-old apparel design major is huge fan of the festival. He has been to both Spring and Fall 2015 festivals and has his ticket for next weekend.

“I’m a CRSSD fest lifer, between the fantastic venue, the subtle Coachella vibes and the 21 and up crowd, it’s difficult to not like the festival,” said Garrett. The balance between mainstream and underground music keeps him coming back each time.

Ali Griner, 23-year-old Psychology major purely likes that this festival sets a specific tone with their age requirement being 21 years old. “It really gives the festival a different feel. My favorite part of the festival was watching the sun set over the water,” said Griner.

The CRSSD After Dark Party series will be returning for the March festival. The after parties are scheduled for Friday, Saturday and Sunday. Locations include Bang Bang, SPIN Nightclub, Music Box San Diego, and the Andaz Hotel.

Again, CRSSD is a 21 and up festival which offers a full craft beer and mixology program. They also offer some delicious food from some of the best of San Diego’s local restaurants.

Check out their site for more info including festival tips and prohibited items.