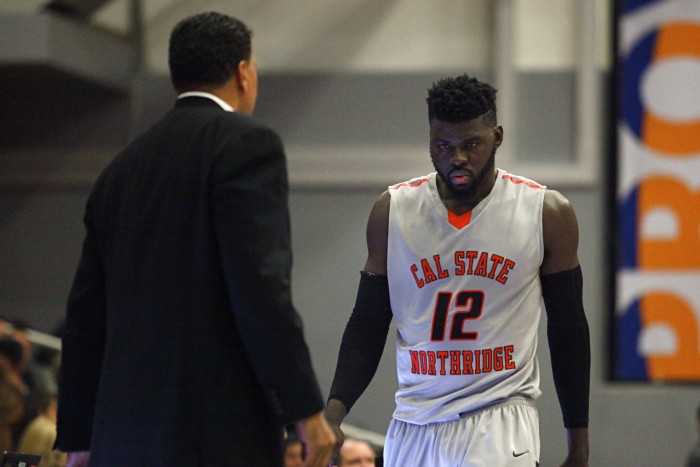 CSUN men’s basketball senior center Olalekan Ajayi will no longer compete this season, due to a violation of team and university rules, according to Amy Millstone, Associate Athletic Director, Strategic Communications for CSUN athletics.

Millstone would not say whether the violation was related to academics or behavior.

According to Millstone, Ajayi is still free to attend games and go to practice though he will not play in games.

“It will be up to him how he interacts with his teammates,” said Millstone.

He will still finish this academic semester at CSUN, according to Millstone.

Ajayi, who is a graduate transfer from Eastern Michigan, started 25 of the 26 games he’s played for the Matadors, averaging 4.9 points per game and 7.5 rebounds per game.