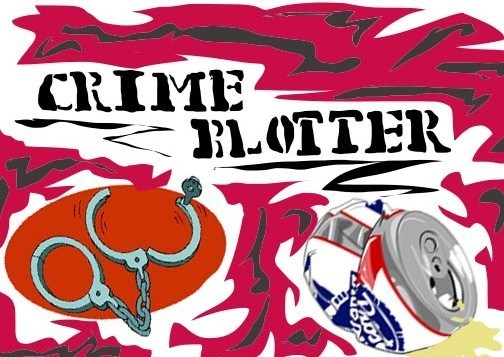 An unknown suspect stole a laptop that was left unattended at Chaparral Hall around 10:15 a.m.
Unknown suspects wrote graffiti on walls inside Bayramian Hall and Nordhoff Hall restrooms on three different occasions.
A counterfeit bill was used by an unknown suspect at the University Student Union Pub at an unknown time.

An unknown suspect engaged in a verbal argument with the victim around the Art and Design Center and then hit the victim in the chest before walking away.
Unknown suspects stole a disabled placard from a vehicle in the E6 parking lot that was left unlocked.
An unknown suspect wrote graffiti inside the men’s restroom at the Art and Design Center.
Unknown suspects stole a moped that was parked in the G3 Parking Structure.
A male suspect riding a bicycle approached a female student walking on Matador Walk toward the Student Recreation Center and pointed what appeared to be a black semi-auto handgun around 6:20 p.m., according to the log. The suspect demanded the victim give him all her money, but the victim told him she had none. The suspect then proceeded to ride north through the USU. Officers are continuing their investigation.
Unknown suspects wrote graffiti inside a Nordhoff Hall men’s restroom.
Two residents of the University Park Apartments were referred for a drug-law violation.

An unknown suspect defecated in the east stairwell of the B3 Parking Structure.

CSUN officers stopped a car for failing to stop at a red light at Lindley and Nordhoff. The officers found the driver to be driving with a suspended license and arrested him for a misdemeanor and issued a citation and release.
Three UPA residents of the UPA was referred for a drug-law violation.
An unknown suspect broke open the fire hose box at the G9 Parking Structure.