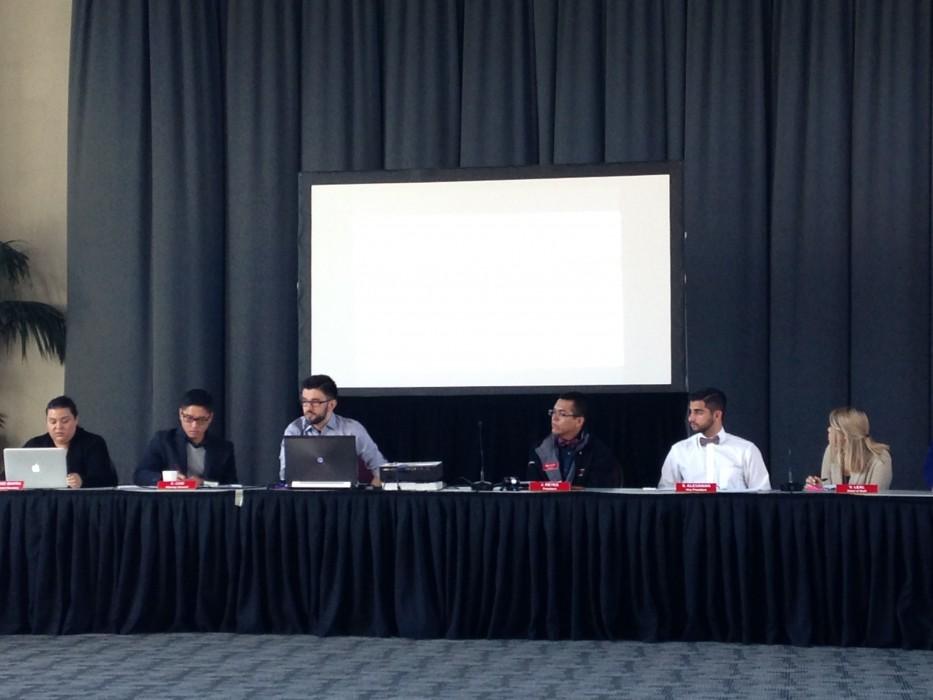 “Countries like Saudi Arabia, that are normally our biggest contributor of students, are no longer sponsoring new students due to their economy,” A.S. Vice President Sevag Alexanian said. “That is one of the countries that will no longer be incoming [funding] new students, but we’re looking at other emerging markets such as South America, Nigeria, Vietnam, Kuwait — the list goes on and on.”

Tier one students are students that are within the zone set for each California State University and have acceptance priority. Tier two students are those who are outside the given zone, where the new requirements for transfers will be applied.

The senate also announced how they will be taking a stance this month to denounce violence against women and children.

“College women ranging from the age of 18 to 24 are at greater risk of being raped. At CSUN, 60 percent of the student population comprise women,” A.S. President Jorge Reyes said. “According to RAINN [Rape, Abuse & Incest National Network], every two minutes, someone in America is sexually assaulted.”

The senate will be requesting more frequent updates regarding statistics, campus services and information about sexual assaults on campus to be sent out to students via email or through the mail.

The upcoming Transportation Summit at 6 p.m. Thursday at the CSUN Grand Salon will be offering discounted Uber rides for CSUN students who attend. Students are encouraged to attend to discuss their thoughts regarding transportation issues on campus.

“Since this is a transportation summit and the event ends at 8 p.m., we wanted to make sure students would be able to get a ride home,” Reyes said.

The chief of police will be meeting with A.S. next week to discuss changes to hoverboard and skateboarding policies.
A film will be made to inform students on what to do if an active shooter is on campus.