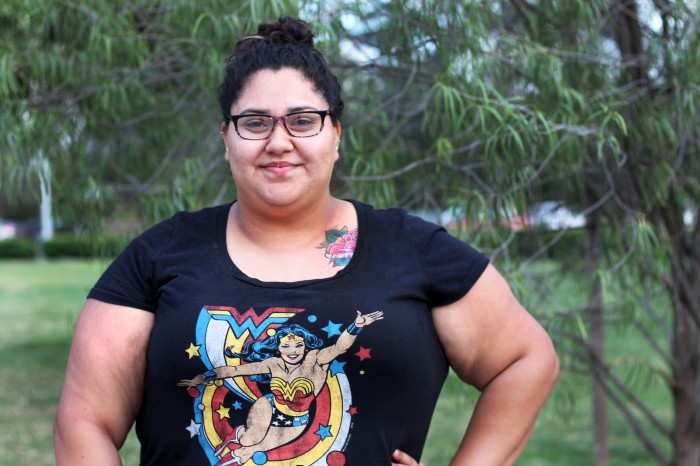 “My mom passed away when I was ten,” said Rodriguez as she pulled her shirt away from the ink. “Her name was Rosa, which is rose in Spanish, so that’s why I got the flower done.”

Along with the brightly colored and boldly outlined rose, a ribbon can be seen lying across the petals with the date that her mother passed away.

“I got this tattoo three years ago, but I had to get it redone,” said Rodriguez. “The colors were different, so the leaves have a little more teal undertones now rather than the traditional style of green and the petals looked a little more red, so I added more pink.”

After deciding she wasn’t fully satisfied with the outcome, Rodriguez went to Hollywood Stars Tattoo located near LAX where she finally got the tattoo she originally pictured.

Although the second time around was a smooth and easy process, Rodriguez found she began to experience pain and discomfort.

“I had an allergic reaction this time around,” Rodriguez said. “I don’t know what it was, but more than likely it was to the color ink.”

Due to a possible skin allergy, the tattoos healing process was extended which became a huge hindrance.

“It was not fun, it was really graphic a lot of red bumps and sores,” she said. “I’m hoping to get an allergy test done to make sure it will be okay to continue getting tattoos.”

Until Rodriguez is given a conclusive test result regarding her allergic reaction to the colored ink that was used, she has decided to hold off.

“If it’s possible to get more tattoos done then I’m definitely going to, even just in black and grey,” said Rodriguez. “I would like to get an Aztec god of rain called Tlaloc and also a sun.”

With a couple tattoo ideas in mind, Rodriguez hopes to continue to add to her tattoo collection, but the bright colored rose that lies on her collarbone will always be her most cherished.