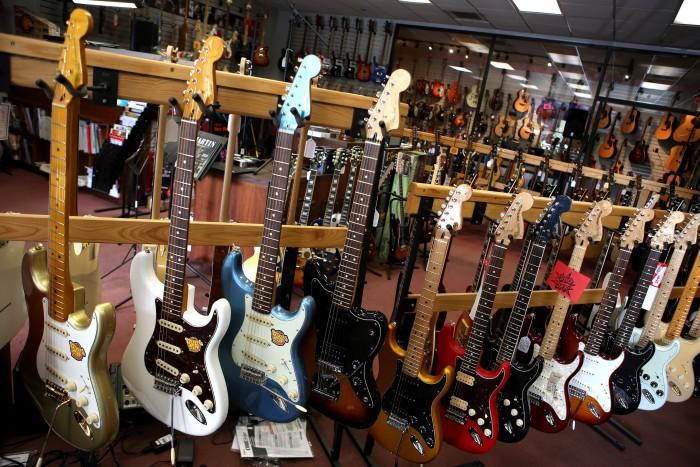 Nobody likes clutter. This week’s staff picks focus on the value of simplicity. Here are three songs that prove you don’t need much more than drums, bass and guitar to kick some ass.

“Watch Your Back” by The Coathangers

An infectious bass line, thumping kick drum and sliding power chords make it difficult to sit still while this song is playing. The contrast between drummer Stephanie Luke’s droning backup vocals and guitarist Julia Kugel’s bright, nasal voice generate a harmony that could cut through the chaos of any Pabst-fueled living room mosh pit. Look out for their upcoming, full-length, “Nosebleed Weekend,” which is scheduled for release in April. You can hear “Watch Your Back” on Bandcamp. Catch them live at the Echo on April 6.

Garage punk band Wimps march listeners through the salad days of youth with a steady 2/4 beat and descending chord progression. Bassist Matt Nyce carries the brunt of the melody while providing falsetto flourishes on top of guitarist Rachel Ratner’s lazily paced strumming and curiously modulated singing. Her instrument’s surf rock-inspired tone, along with her sprechgesang (spoken singing) style, color the track with a haunting slacker drawl. Their latest album, “Suitcase” is currently available via Bandcamp and the Kill Rock Stars record label.

This track will have your head swaying, even if the 7/8 time signature makes it nearly impossible to do so in rhythm. Guitarist Yvette Young’s unique two-handed finger-tapping technique creates a melody that is both inviting and challenging. Her wandering note selection is grounded against the organic precision of drummer Keith Grimshaw and bassist David Adamiak. Their six track ep “Currents,” is available for streaming and download at Bandcamp. You can catch them live on March 23 at Chain Reaction in Anaheim or the 24 at the White Oak Music Hall in Van Nuys.

Got something you think Matadors should be listening to? Did your band just finish mixing and mastering a demo? Tweet your favorite recently released tracks to @Vari8shun and they’ll be in the running for next week.