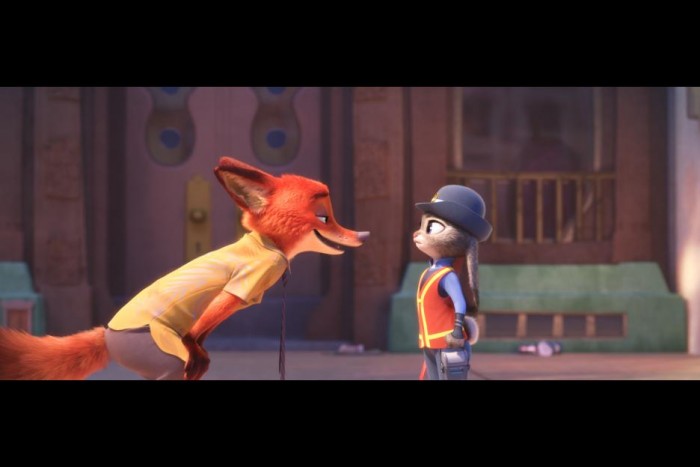 Disney’s upcoming film, “Zootopia,” directed by Byron Howard, Rich Moore and co-director Jared Bush, is a light-hearted comedic animated film, which takes place in a world where animals have evolved to live collectively in an enormous diverse city. While being visually fascinating, the film provides an educational plot, which results in corruption and conspiracy.

“Zootopia” contributes insight of the social issues that are prevalent in the today’s world, all the while being inspirational. Although the film is a jubilant children’s movie, the struggles faced by the main characters, Officer Bunny Hopps and the sly fox, Nick Wilde, are serious.

Judy Hopps, a bunny in with a goal to become a police officer in the big city, encounters the trails and tribulations of having to prove her competence in a respectable work force. The stronger animals at the police station refer to Judy as being “just a cute bunny”. She then proves herself to be stronger than anyone perceived her to be. These issues are seen time and time again with gender biases, especially in the work force.

Nick Wilde, a fox in the film, was discriminated and stereotyped as being sneaky and sly, because he was a fox, and was denied service at a local “Zootopia” ice cream shop for his species’ reputation.

According to Lee Crowe, adjunct Professor of Animation at CSUN, an excellent animation demonstrates knowledge of gravity, timing, anatomy, and good acting, which can be seen in “Zootopia”.

Crowe uses the example of “Lilo and Stitch” as a film that has also tied similar social issues with animation.

“The creators of “Lilo and Stitch” weren’t preachy with their story and they presented it as “matter-of-fact, this is what it’s like to be a poor Hawaii native; it is what it is,” said Crowe. “Women struggling in a male-dominated workforce is a fact of life. If it’s presented that way, it doesn’t come across as preachy.”

Iris Diaz, a woman who attended the premier of “Zootopia” on Feb. 29 at the AMC movie theatre in Burbank, said that the film had a clean and healthy aesthetic and was entertaining for groups of all ages because of its profound life lessons.

“The message of the film is important. The film conveys the idea that all people can have the same values and opportunities,” said Diaz. “Everyone has the same capability to succeed, some more than others, but discipline and determination will lead to success”.

Samantha Morales, junior and health administration major at CSUN, said she will watch the film as soon as it premiers due to the content the prestigious directors and animators of “Zootopia” are previously known for.

“I’ve seen the trailer and some of the scenes are just hilarious,” said Morales. “The trailer also shows that some of the creators are from a few of my favorite Disney movies like ‘Frozen’ and ‘Big Hero 6’. I’m really excited to see this one and the fact that it can teach me a thing or two, is great.”

Diaz said that the film is not only for children, but should definitely be viewed by college students to make their own interpretations of the film’s deeper meaning.

“’Zootopia’ is a film that is so complex and elaborate. It is visually pleasing for children and adults and it teaches our children to not negativity and prejudice get in the way of your dreams,” said Diaz. “I highly recommend this film to children, parents and especially students.”