Strong Pitching powers the Matadors to victory against George Washington 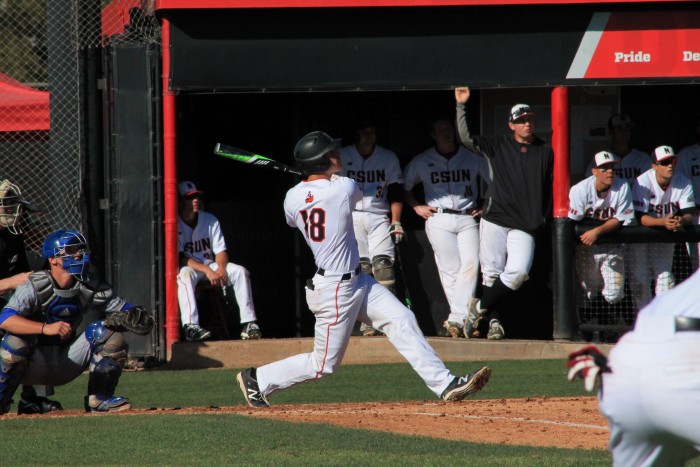 Junior pitcher Conner O’Neil didn’t allow a hit in relief, pitching three perfect innings to go along with four strikeouts to give him the win.

Junior infielder Fred Smith was a spark at the top of the order going three-for-five with two runs and a stolen base.

The Matadors took an early 1-0 lead in the top half of the first after Smith scored on a groundout by sophomore catcher Albee Weiss, who went one-for-four with two RBIs.

In the bottom of the first, the Colonials took an early 2-1 lead on a two-run home run. This would be the only blemish on an otherwise good game of pitching by the Matadors.

The Matadors were held in check over the next four innings.

Smith begun the eighth inning by reaching base on an error by the George Washington first baseman.

Weiss singled to left center to score Smith and give the Matadors a 3-2 lead and their first lead of the game.

The Matadors later tacked on another run in the ninth inning on a fly-out by freshman infielder Jose Ruiz, which scored senior infielder Yusuke Akitoshi.