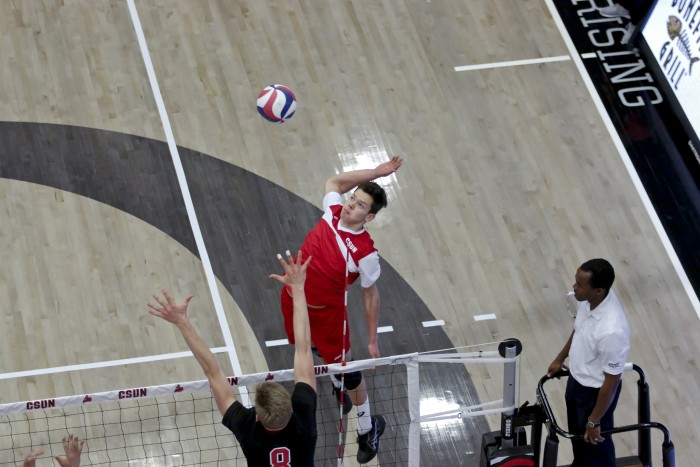 After a rough start to the season, CSUN has seemingly gotten back on track with two straight wins on the road. (File Photo / David J. Hawkins / The Sundial)

For the second straight night, the Matadors claimed a road victory, as they defeated the University of Mount Olive Trojans in straight sets.

CSUN’s strong play carried over from its tough win last night, as the team displayed a sharp, all around effort en route to cruising to a straight set victory against the Trojans. The Matadors won the three sets by scores of 25-12, 25-17 and 25-20.

After a tough stretch that saw CSUN start the season 1-5 on the road, the team has now won the last two games on the opposite side of the country in back to back nights. The Matadors improved their road record to 3-5 in the process.

Junior outside hitter Jakub Ciesla set the tone for the Matadors by leading the team with nine kills overall (.571), while only committing one error. Ciesla also served at a tremendous pace, recording five service aces as the Trojans had no answer for the gun that was his right arm.

Freshman outside hitter Dimitar Kalchev (.455) and sophomore middle blocker Josiah Byers (.444) tied for second on the team with six kills each. No CSUN player with more than one attempt had a hitting percentage of less than .364, in what was an overall extremely impressive team victory.

The Matadors return home for their next game as they face off against conference foe the University of Hawaii, at 7 p.m. on March 11.