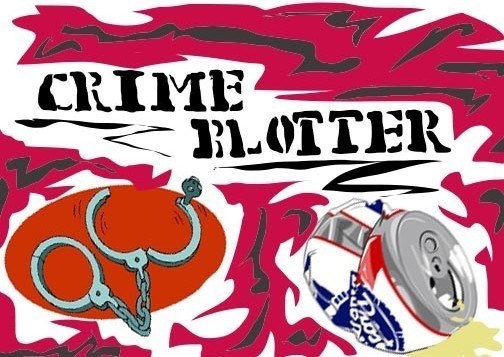 An unknown suspect kicked the sliding glass door at the Arbor Court Grill, breaking it, when he was refused service for not having sufficient funds to pay for the food. An unknown suspect grabbed the victim’s arm when she ignored his attempts at a conversation. The incident took place at the University Park Apartments 21. Two unknown suspects stole a cell phone from a man who was trying to take a photo of them smoking cigarettes unlawfully on campus. The suspects became angry, grabbed the phone and ran away from the UPA 21. An unknown suspect crashed into the passenger side of a truck bed in the B4 parking lot. The suspect left without reporting the accident. A Razor scooter was stolen from the patio of a University Village Apartment. An unknown suspect broke the front windshield of a car at the G3 Parking Structure with an unknown object.

An attempt to steal a bicycle from the bike compound was recorded on the campus CCTV system. The unknown suspect used wire cutters to cut through the chain-link fence, but failed to steal any property. An unknown suspect walking around the Mike Curb walkway – north of Cypress Hall – tried to rob the victim with a foot-long wooden stick. The suspect said, “Give me…” but fled, when the victim screamed. The suspect crashed into a parked car in the G3 parking lot and fled without reporting the incident. The suspect crashed into the back of a parked car and fled the B3 parking lot without reporting the incident.An unknown suspect used a counterfeit $20 bill to purchase a product at La Tienda in the Sierra Center.

CSUN officers stopped a man who fit the description of a recent bicycle thief. Officers then found that the suspect had an outstanding warrant for his arrest. He was arrested and booked at the LAPD Van Nuys jail. CSUN officers placed the suspect under arrest at the University Student Union, after receiving a call about a suspect who had a lawful stay away order against him. CSUN officers responded to a call of a possible bicycle thief at the Sierra Tower bike rack. When they confronted the suspect, officers found tools used to cut locks and drug paraphernalia.A Toyota Corolla was stolen from the B1 parking lot. Three residents of the University Park Apartment 15 were referred for a drug-law violation. An unknown suspect broke into four classroom lockers inside Cypress Hall. Two lockers didn’t have property inside, but it’s unknown if there were any items in the other two, according to the log. There was a physical and verbal altercation between two roommates of the University Park Apartment 1, after one of them pushed their shoulder into the chest of the other. An unknown suspect tore a wooden decoration off the wall of an interior room in the Oviatt Library. A known suspect with a lawful protective order against him was seen on campus. Officers arrested the suspect and booked him at the LAPD Van Nuys jail. An unknown suspect crashed his vehicle into the driver side front door of the victim’s parked car in the B5 Parking Structure. The suspect left the scene without reporting the accident.

An unknown suspect vandalized a vehicle in the G3 Parking Structure by scratching the passenger side of the vehicle.

An unknown suspect broke the window to the UPA 15 by unknown means.