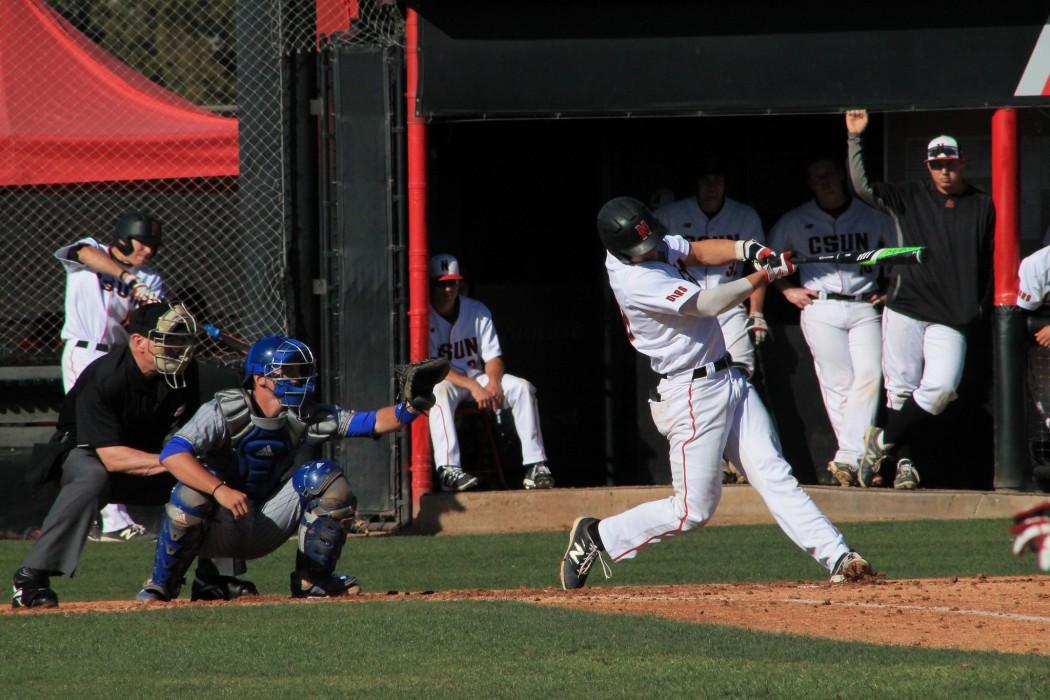 Sophomore pitcher Joe Ryan started the game and went six innings, striking out six, and giving up two runs on eight hits. With one of those runs earned, Ryan improved his ERA to 3.0.

The game remained close until the Matadors came in with a late inning tear.

After CSUN scored two runs in the top of eighth inning to take the lead by one run, Washington scored one later in the inning to tie it up.

The Colonials were unable to stop CSUN from breaking it open in the next inning, where Northridge scored six runs to win the game.

Berry’s three RBIs came in the ninth inning, when he doubled down the left field line to bring in Akitoshi, sophomore outfielder Elias Orona and freshman infielder Jose Ruiz.

Adding the last two runs was Weiss, who homered to left field, bringing in Berry.

Berry leads the Matadors in RBIs with nine, home runs with three and walks with 12. He is also third in batting average with .343.

Akitoshi leads the team with .366.

The Matadors return home for their next nine games. They face UCLA today at 2 p.m. at Matador Field.