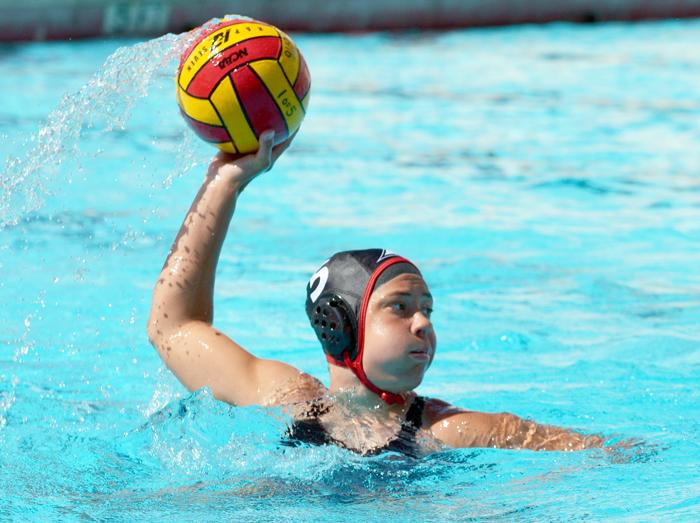 In the first match on Saturday, the Matadors maintained a lead against the Azusa Pacific University Cougars for the entire match. Madeline Sanchez scored the first in a series of four unanswered CSUN points in the first quarter.

The Matadors’ defense prevented APU from scoring for three straight periods. Niki Van Vugt logged nine saves for the game. Seven players put points on the board for CSUN, including Amy Yule and McKenzie Pollei with three points a piece.

In the second match, CSUN fought hard to overcome an early three-point rally by the CSU Bakersfield Roadrunners. Katelyn Fairchild and Lindsey Garcia cut Bakersfield’s lead to one at the start of the second period.

The Matadors pushed hard in a tense tug of war in which neither team could claim dominance. Goals by McKenzie Pollei, Emily Fuller and Miranda Coleman kept CSUN within three points from victory until the third period.

A strong showing from CSUB in the third period gave it a four-point lead to start the fourth. The Matadors cut that down to two, falling short at the end of play, 9-7.

At the home opener on Sunday, the Matadors looked ready to bounce back from Saturday’s loss with an early goal from Amy Yule. The UCSD Tritons managed to even the score moments later. Points scored by Katelyn Fairchild at the 5:29 mark of the first gave the Matadors another brief lead.

A two-point rally by the Tritons late in the first gave the advantage coming into the second period. Goal Keeper Nicki Van Vugt recorded 10 saves throughout the game. Emily Fuller, Madelaine Sanchez, Amy Yule and Shannon Hovanesian added to Fairchild’s contribution. The Matadors chipped away at a significant Triton advantage, but would end the match with a 13-6 loss.