What do the stickers on your laptop say about you? 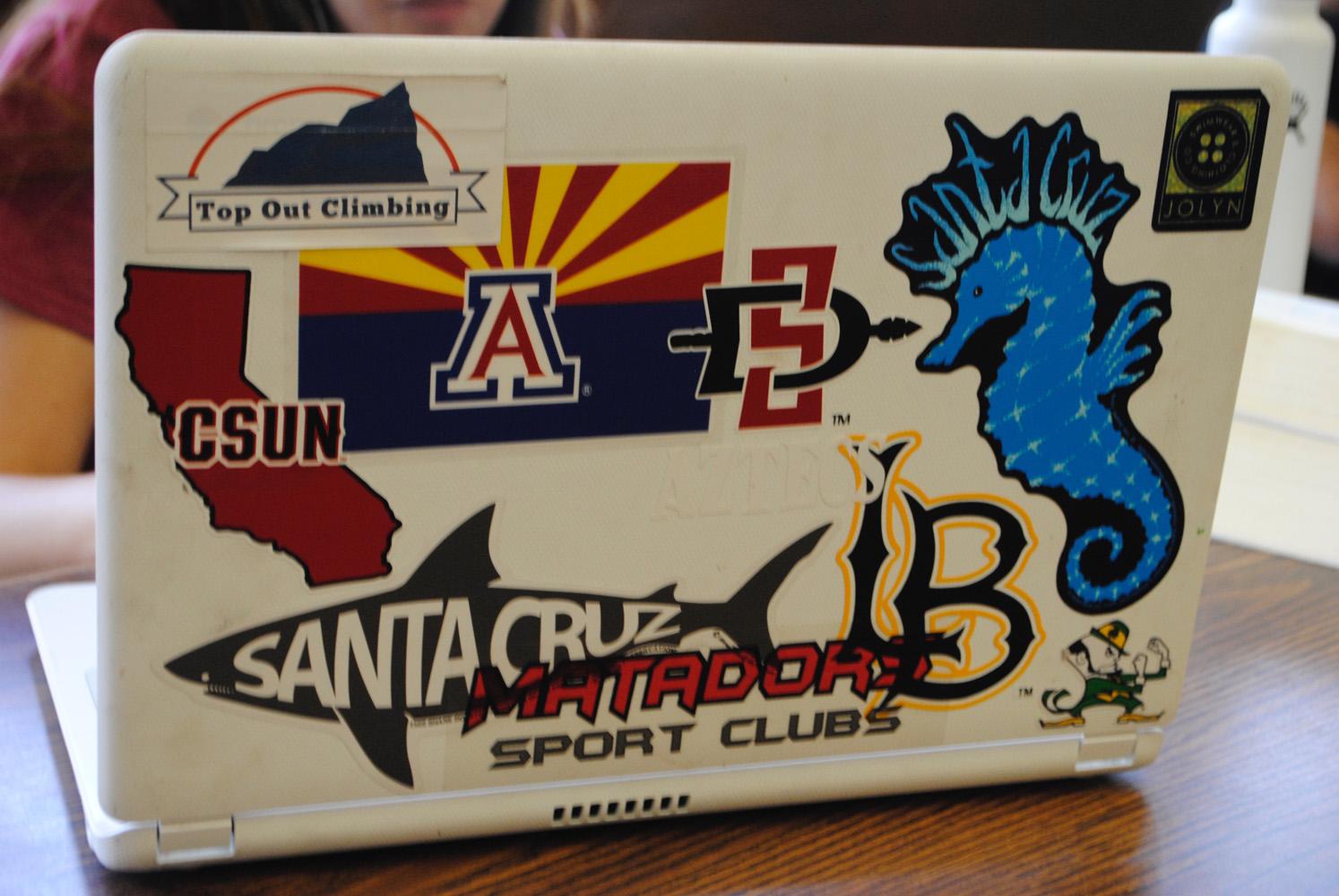 Students all over CSUN’s campus have their laptops covered with personalized stickers and cases. Band stickers, flags, various schools and states adorn the computers carried around campus. Here’s a look into what the deeper meaning behind these small pieces of art. 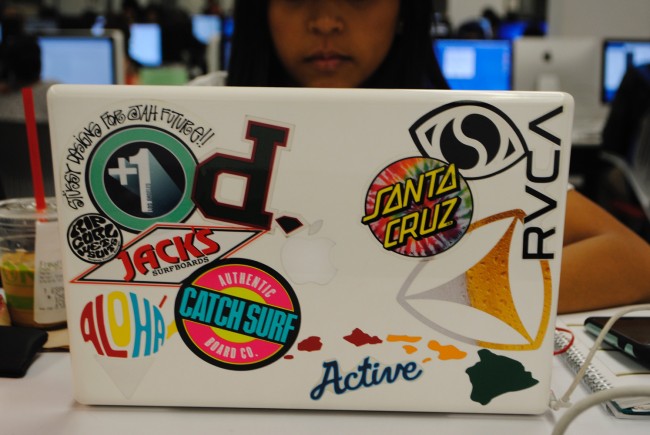 “My stickers represent different things that I like in my life; places that I’ve gone; people that I know,” Yanagida said. “I’m sort of into that whole surf and skate type of culture.” 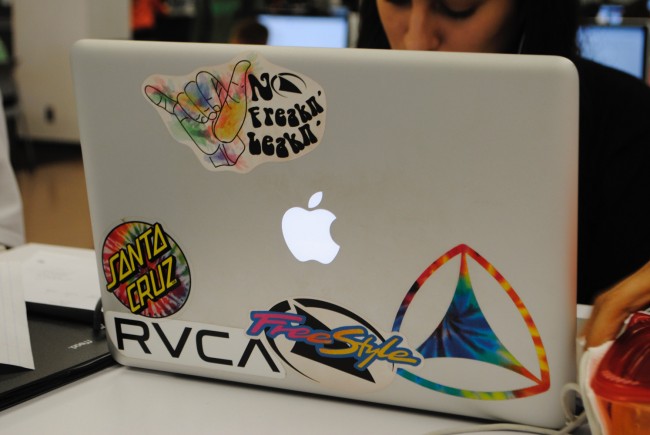 “I surf sometimes and I work at a surf shop so I get all of these stickers for free,” Sanchez said. “They’re all different brands in the surf industry.” 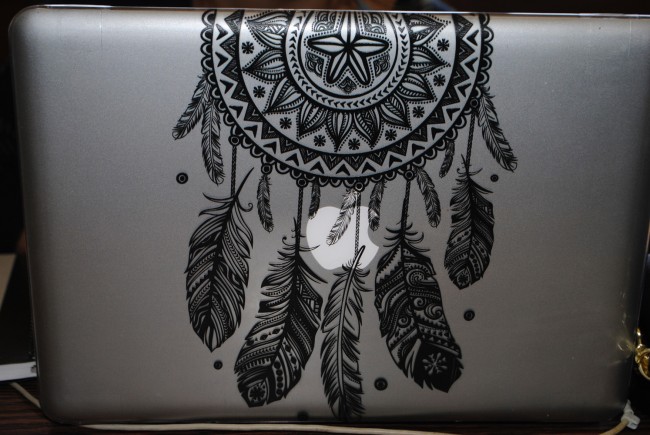 “My case just shows a little bit of my personality, which is normally very peaceful,” Munoz said. 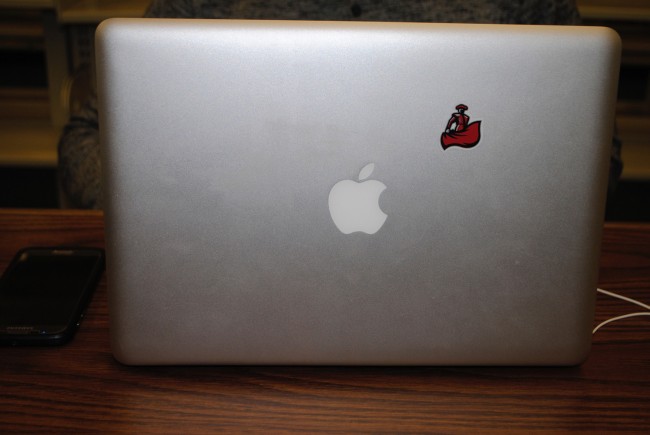 “The sticker used to say CSUN above it, but I took it off because I wanted to go a little more subtle and simple,” Machado said. 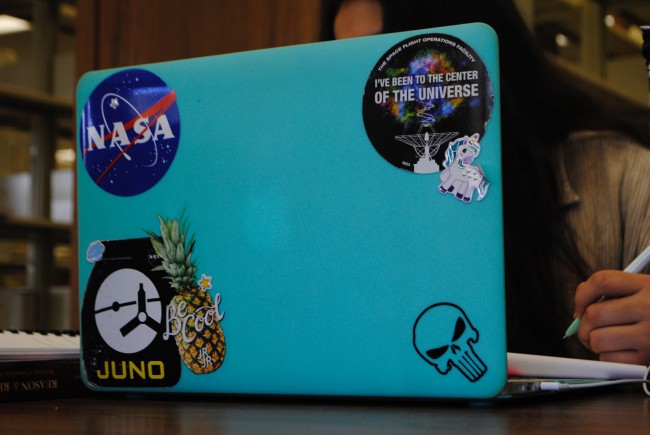 “I think the different stickers are a representation of where you put your effort into,” Gonzalez said. “Like mine, I have NASA and science stickers and a concert sticker, so it just shows the stuff I like.” 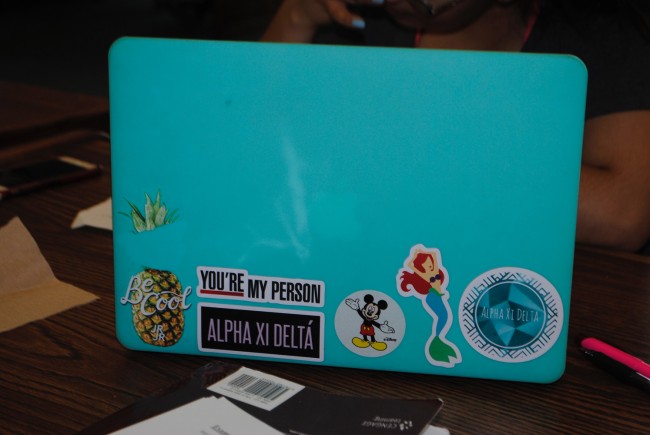 “My stickers are basically all memories from different parts of my life,” Carillo said. “I have some from my cousin in Rhode Island, so they remind me of her because I don’t get to see her very often. And some of them I got from my sorority.” 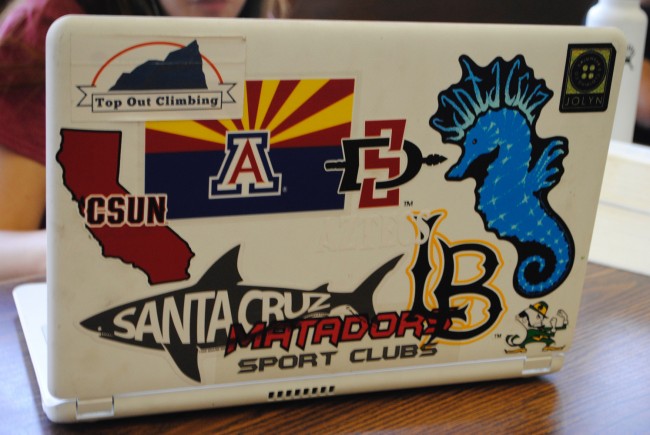 “I wanted to decorate it because it was getting dirty but I have several different stickers from different colleges; all of my best friends and brother go there. I also have a climbing one from my climbing gym,” Sveiven said. 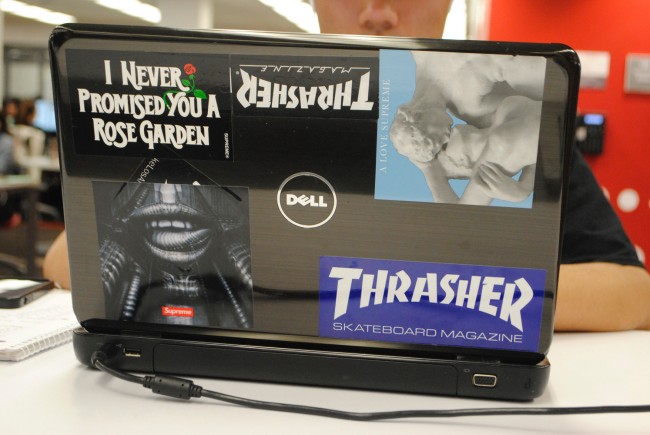 “My computer says that I’m creative and that I’m an individual. I’m a skater so I like the brands,” Fernandez said.