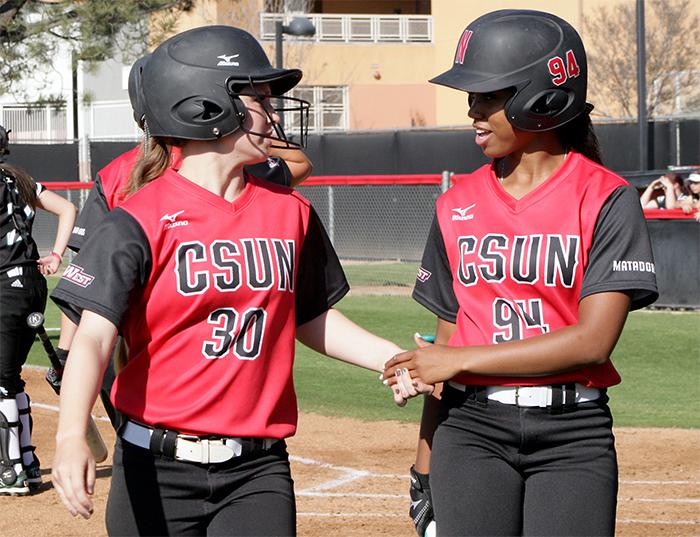 CSUN’s softball had rough play that ended Friday’s first game and carried over to the second game, as the Matadors (12-11) played perhaps its sloppiest game of the season thus far. A seventh-inning rally made the game close, but the Matadors still lost to the Toledo Rockets (4-14), 6-5.

The Matadors committed a season-high five errors, also allowing two unearned runs over the course of the game. CSUN had, at least, one error in four of the seven innings played.

In the third inning, trailing the Rockets 3-1, the Matadors’ first two hitters reached base to give them runners on first and second with no outs. With a chance to cut the deficit, both sophomore shortstop Savannah Horvath and freshman second baseman Sabrina Garcia were caught stealing in one swift sequence, leaving CSUN with nobody on base and two outs.

The next two hitters also singled, but no runs were scored for the Matadors, in what could have been a turning point in the game.

Horvath remained red hot, finishing the game three-for-three with one run. In seven at-bats over the day she was only retired once. Horvath is now hitting .343 for the season.

“I feel like I’ve been seeing the ball really well lately,” she said. “I’ve just been reacting rather than overthinking too much [at the plate].”

The Matadors trailed 6-2 heading into the last inning but were able to make the game interesting. After the first two hitters reached base on singles, junior catcher Katie Hooper hit a three-run home run to pull CSUN within one.

Later in the inning, redshirt junior designated player Karlie Habitz hit a double, to put the tying run on second base with one out. The next two Matadors would be retired, however, stranding the runner on second, ending the game 6-5.

Hooper (.275 season batting average) accounted for all five of the Matador runs in the game. She hit three-for-four with four RBIs and one run, including her fourth home run of the season and team-leading 18th RBI.

CSUN head coach Tairia Flowers said she liked the team’s will to fight back in the final inning, but understood how much the team struggled in a game where it only hurt itself.

“We showed up for a couple of innings here and there, and yes it was nice to show up at the end, but you can’t wait until the end of the game and make that many mistakes and expect to win,” Flowers said.

The Matadors’ next game will be tough as they play the No. 24 ranked Oregon State Beavers on Saturday at 3:30 p.m. at Matador Diamond.