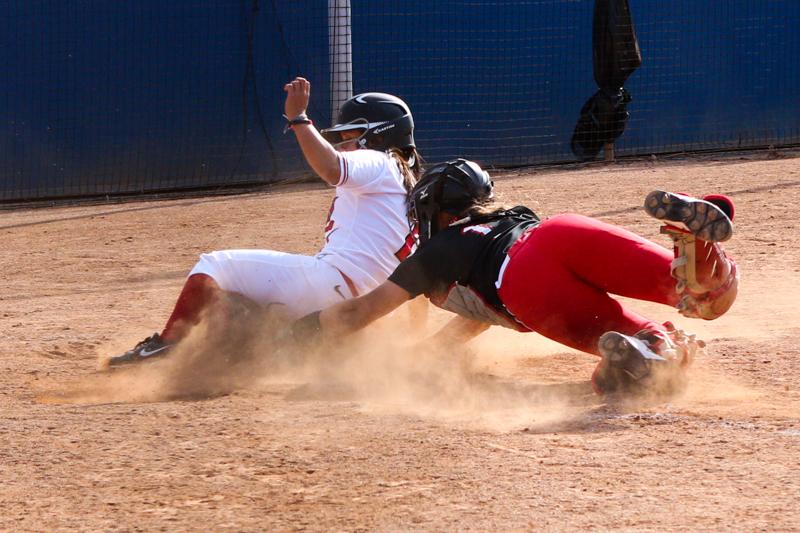 Contributor
CSUN lost in the last inning in their first of two games Friday, kicking off play as they host the Matador Classic

In the first of two games for the Matadors (12-10) Friday, they faced off against the Grand Canyon University Antelopes (18-7). Defensive miscues and a late inning Antelope surge proved to be the difference, as the Matadors fell 6-4.

The game kicked off play for CSUN at the Matador Classic, which is hosted at CSUN. The tournament features four other teams besides the host Matadors: the San Diego Toreros, the No. 24 Oregon State Beavers, the Grand Canyon University Antelopes, and the Toledo Rockets.

The Matadors’ bats struggled for most of their opening game, only landing two hits in four innings.

Going into the bottom of fifth inning, the Matadors trailed the Antelopes 2-1. With two outs and a runner on first base, Savannah Horvath stepped up to the plate and gave the Matadors a 3-2 lead with one swing of the bat and her team-leading sixth home run of the season.

The sophomore third baseman accounted for three of CSUN’s five total hits. She finished the game three-for-four with one run and two RBIs from her home run.

The Matadors held the 3-2 lead going into the final inning, but Grand Canyon rallied late in the inning and a defensive mistake ultimately doomed CSUN.

With the first two Antelopes reaching base, the next batter hit a ground ball back to Matador starting pitcher Daphne Pofek.

Pofek attempted to get the lead base runner out at third base, though the Antelope player slid in safely, leaving the bases loaded with no outs.

“I decided to try to get the lead runner out, I wanted to get momentum back on our side,” Pofek said. “I just needed to react a little quicker [to get the out].”

Grand Canyon went on to score four runs in the inning, taking a 6-3 lead in the process.

Pofek pitched all seven innings, allowing eight hits, and six runs, while striking out two. Her record fell to 6-4 in the process.

CSUN managed to score one run in the bottom half of the inning on an RBI ground out by redshirt sophomore second baseman Tara Kliebenstein, but it was not enough as they were defeated 6-4. Kliebenstein (.250 season batting average) had the one hit and one RBI in the game, finishing one-for-three.

Reporting on this story was done by Matthew Wojtasiak.