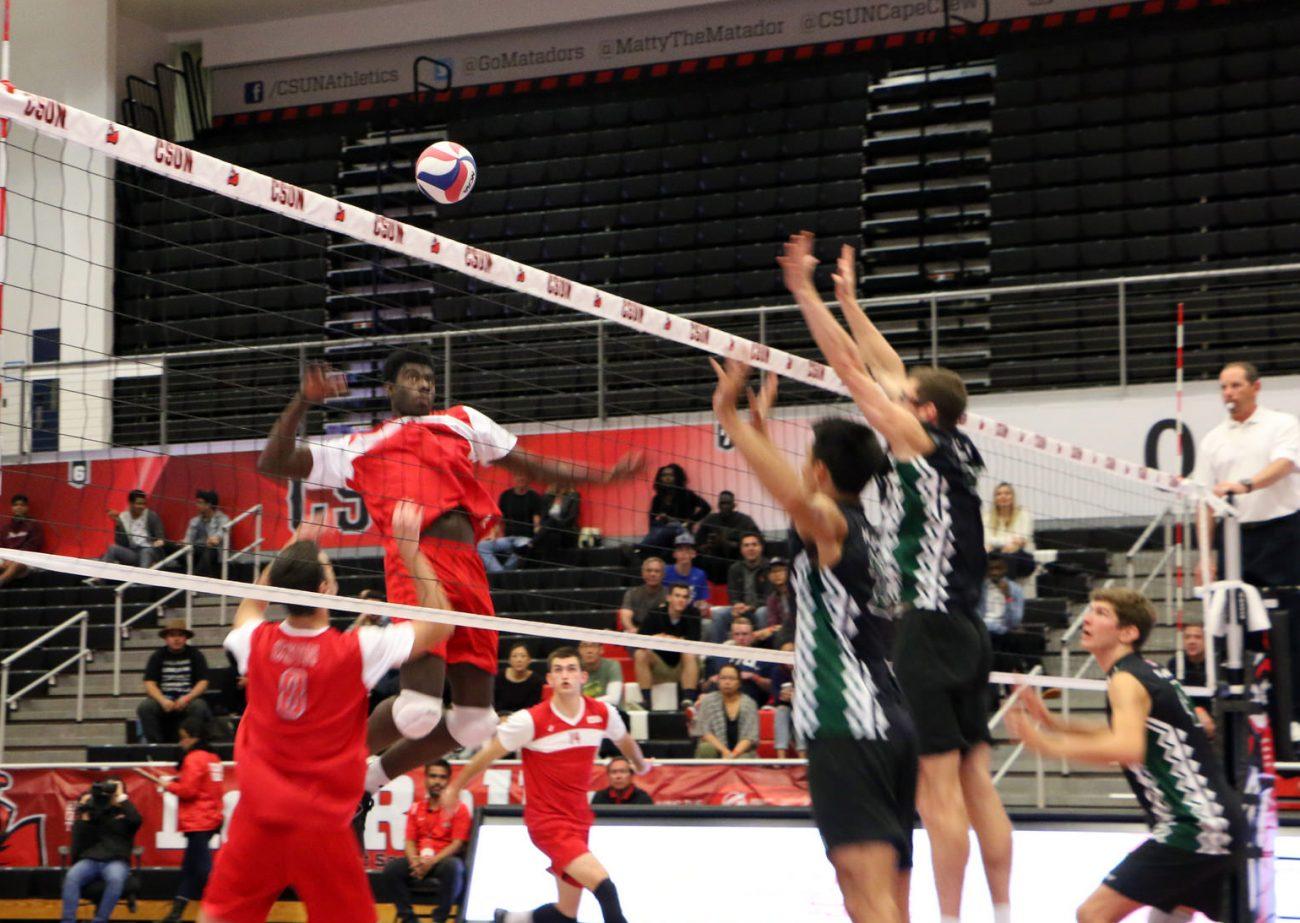 Josiah Byers goes up for the Spike in the Matadors loss against the University of Hawaii at the Matadome.(Patricia Carrillo / Contributor)

Coming off an impressive three set sweep of Mt. Olive last weekend, the No. 11 Matadors faced off with a top-10 foe, the No. 8 Hawaii Rainbow Warriors.

The first set started with an intense back and forth volley, but at 5-5 Hawaii’s Sinisa Zarkovic opened a Rainbow Warrior lead with a kill. From here, Hawaii never looked back, winning the set 25-18.

The Matadors’ Bradley Sakaida opened up the second set with a blistering ace that gave CSUN a much needed boost after dropping the first set.

The Warriors looked somewhat lackadaisical dropping the second set 25-20 to the Matadors, while allowing CSUN to register all of the team’s five aces in this set.

Going into the third set, CSUN looked poised to make a rally. Halfway through the set, Hawaii’s outside hitters Zarkovic and Kupono Fey turned the tables with a barrage of kills giving Hawaii the momentum to take the lead 15-13. The Rainbow Warriors never gave up this lead and won the set 25-22.

The fourth and final set was very similar to the third for Hawaii with Zarkovic and Fey scoring kill after kill for the Warriors. Fittingly, Zarkovic scored the match point for Hawaii, ending the fourth 25-22 and match 3-1 in favor of Hawaii.

Jakub Ciesla and Dimitar Kalchev were responsible for 34 of the Matadors’ 54 kills. Ciesla had a team-high 18 kills and Kalchev a close second with 16.

CSUN and Hawaii face off again Saturday at 7 p.m. in the Matadome.