CSUN prepares its community in the event of a disaster 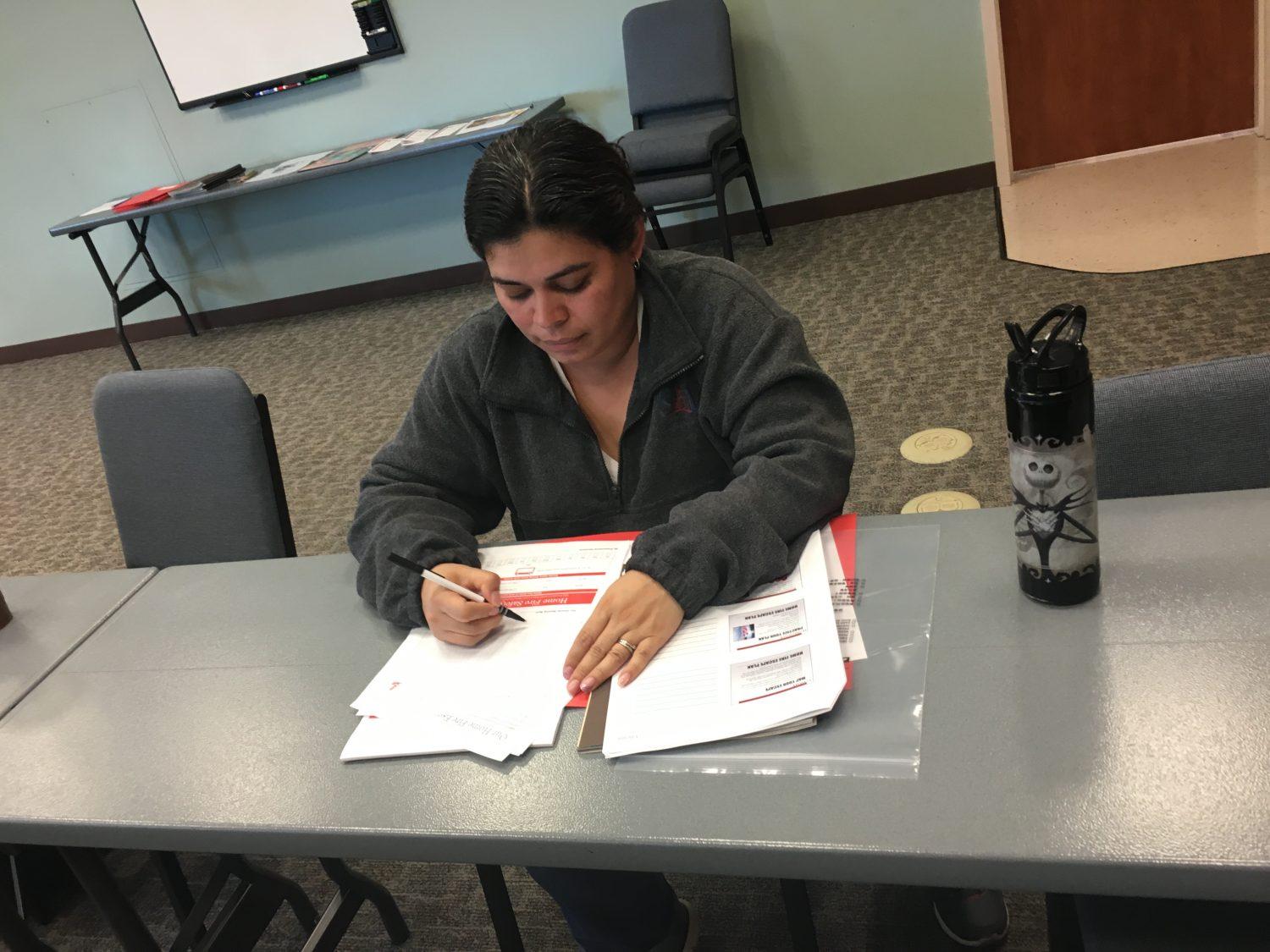 A disaster can occur at any time or any place. Having a family emergency plan can help individuals deal with any type of disaster.

CSUN Department of Police Services held a workshop on Thursday afternoon as part of an ongoing lunchtime series of preparedness classes.

“It’s really important for people, thinking about their personal level of preparedness and who want to increase their chances of surviving an incident and increase chances of an incident being less disruptive to their lives to attend these workshops,” said Jenny Novak, emergency preparedness manager.

These classes are open to CSUN and its community who want to learn more about emergency planning that involves disasters like earthquakes, wildfire, flooding, home fires where people’s daily life events may be affected.

The American Red Cross provides tips and guidelines for preparing kits and emergency plans for children, older people and animals.

“If I have two minutes to escape I have to be prepared to evacuate my 18-month-old child and my two cats,” Charissa Jefferson, business and data librarian said.

In the previous workshops, individuals learned how to build an emergency kit. During the workshops, people were provided with a list of emergency supplies that can be found at the American Red Cross.

“People can have all their basic needs like food, water, flashlights and radio,” said Novak.

Simple items can be forgotten when people are trying to make an emergency kit at the last minute. As Novak was creating the lunchtime series workshops she wanted to create a workshop specifically focused on making a plan.

“The university has a plan, the different departments on campus have their own plan but individuals should also talk about disaster preparedness with their families,” Novak said.

When it comes to creating family emergency plans communication plays a big role, according to Novak. People have to take an initiative to learn about what Novak calls “what if” situations that may come up during a disaster and afterwards.

For example, how will people get in touch with their family after a disaster?

Sometimes during a disaster, “communication systems are down or phone lines are overwhelmed,” Novak said.

In the workshop, people were provided with resources to come up with alternative communication plans that can be found on Ready.gov.

People could use texting or group SMS because it takes up less phone network. They can create an out-of-the-area contact where everyone in the family can check in with that out-of-state relative.

In case of a fire alarm going off at night or a home fire starting people need to “know two escape routes from every room of the house,” Novak said.

“In case of a bomb threat at one of the parking structures or a disaster causes a problem on the freeway people should have an alternative transportation or route,” said Novak.