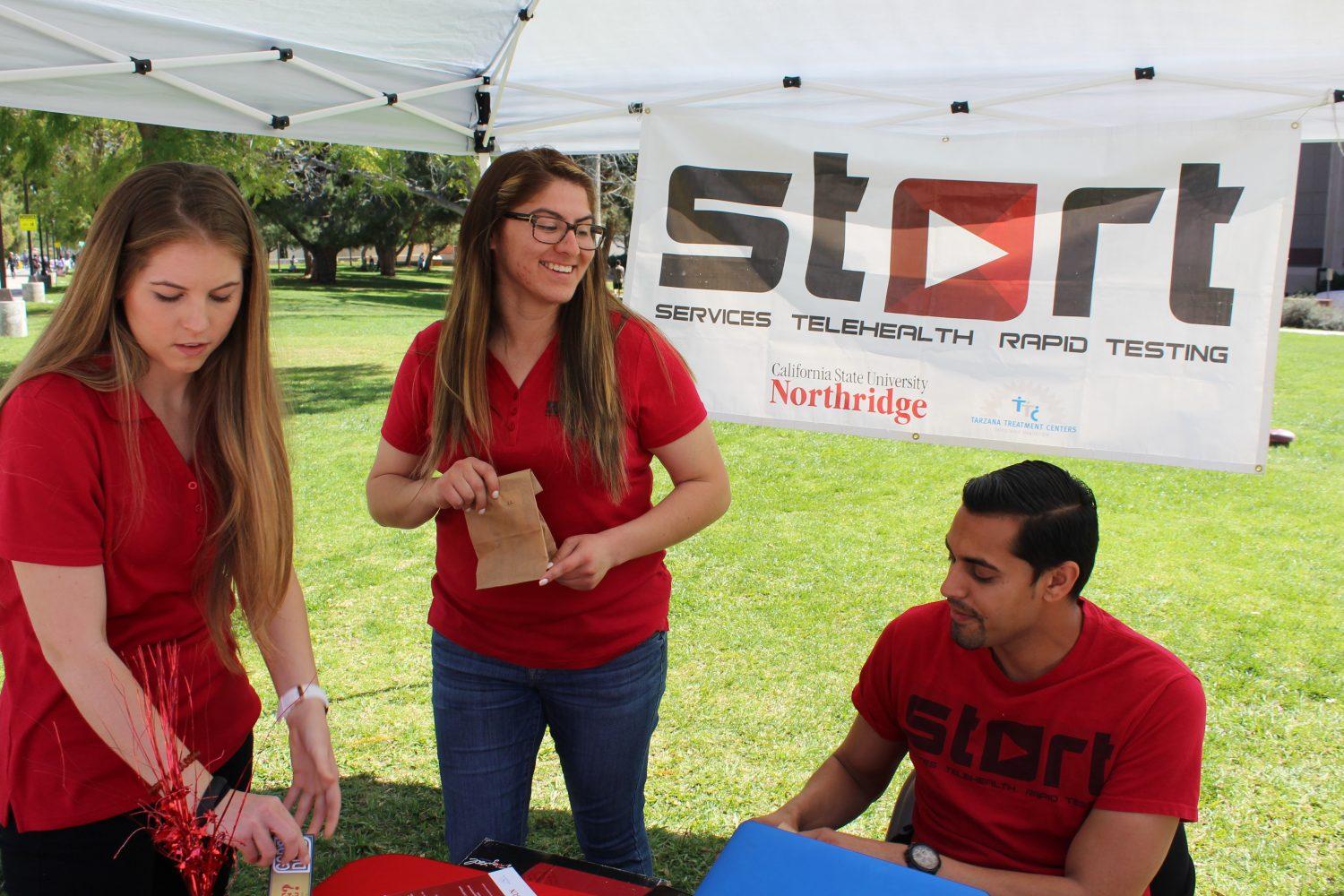 One of the services the program offers for students is rapid oral swab HIV testing, which is administered by the Tarzana Treatment Centers. The oral swab is a much more attractive option than drawing blood for the test. According to the HIV counselor, who could not be named for privacy reasons, the test is “completely painless.”

“No needles, no blood. Just a quick oral swab of the gums,” Dahlman said.

The test consists of collecting skin cells from the mouth swab, plus some personal questions asked by the HIV counselor. Questions cover subjects like prior drug use, sexual preference, race and gender.

After the skins cells are collected, they are placed in a specimen container to be later tested for HIV antibodies. The presence of HIV antibodies means the HIV virus is present in your system, according to the HIV counselor.

The oral swab, though very accurate, is just a preliminary test. If results do come back with a positive reading, a blood test will be needed to confirm its status, Dahlman said.

When talking about accuracy, the test is said to be 99.9 percent accurate, according to the HIV counselor. CSUN runs controls on these tests to make sure everything is accurate.

The START program’s mission is to advocate for healthy life practices. They try to raise awareness through education and outreach, Dahlman said.

Edith Gomez, marketing coordinator for START, said the program has several ways of promoting themselves.

People’s sexual and drug use history are very personal subjects. Due to the sensitivity of the subject, START ensures all testing and testing results are anonymous.

Since START officially began servicing students in fall 2014, the program has tested over 500 students, Dahlman said.

“CSUN students are very receptive to HIV testing, both students on campus and in housing are extremely welcoming of these services,” Dahlman said. “Students like that it’s bloodless, non-invasive, convenient [e.i. rapid testing] and easily accessible.”

The START program hopes to break the negative connotation around HIV testing.

“By being visible on campus several times a week, in addition to giving presentations in classrooms and organizations, we hope that we are helping to reduce the stigma surrounding HIV Testing,” the project coordinator said.

In addition to offering free rapid testing, the START Program gives out products like condoms and lube to students in discreet goodie bags.

“Apart from condoms we give out water based lube and flavored dental dams such as mint, strawberry, banana, etc,” Gomez said.