What, when of the picket lines 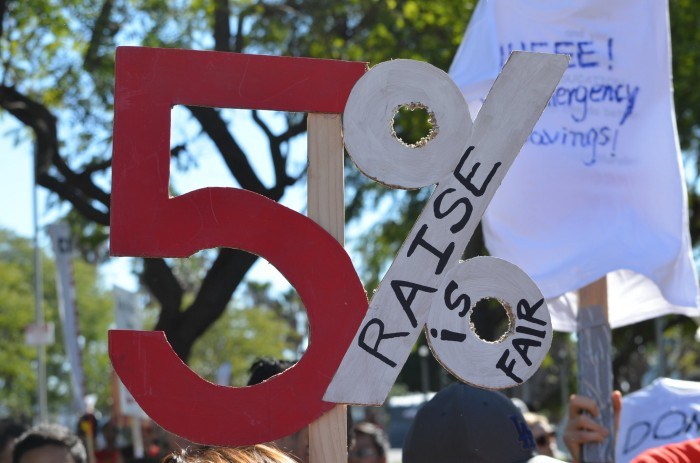 The California Faculty Association Board of Directors has announced the tentative times and days for a five-day strike on all 23 California State University campuses.

“We truly believe we are fighting for the right cause. I think for anyone to discount the importance of this or say that it’s going to hurt our students, they’re wrong,” Nate Thomas, CFA CSUN chapter president said in a November interview. “This is the ultimate teaching moment for students. Stand up for what you believe. This country was built on that. We wouldn’t be doing this if it wasn’t an absolute last resort.”

It would affect nearly 400,000 undergraduates and more than 55,000 graduate students across 23 campuses.

Members can “pledge to support the strike” by signing up for a four-hour picket line shift for each day.

Members can participate in two or more picket line shifts for each day, according to the CFA site.

“I think we’re a role model for our students because this is America. This is a democracy. And this is standing up for what you believe in,” Thomas said. “This is the best lesson you can give to a student, you know?”

Joining the picket line is not the only way to show support.

The strike dates were recommended by presidents from CFA chapters throughout the state, according to CFA members.

CFA asks every CSU faculty to “pledge to honor the strike by not teaching or doing other work on strike days.” Members are encouraged to join the picket lines and rallies on the campuses, according to the site.

According to the CSU site, no individual, including students, can be forced to take the CFA’s or administration’s position.

“It is a normal part of the process for a union to vote to authorize a strike prior to conclusion of the negotiation,” according to the side.

Nicollette Ashtiani contributed to the reporting of this story.

This story was updated with information on March 15, at 9 p.m.