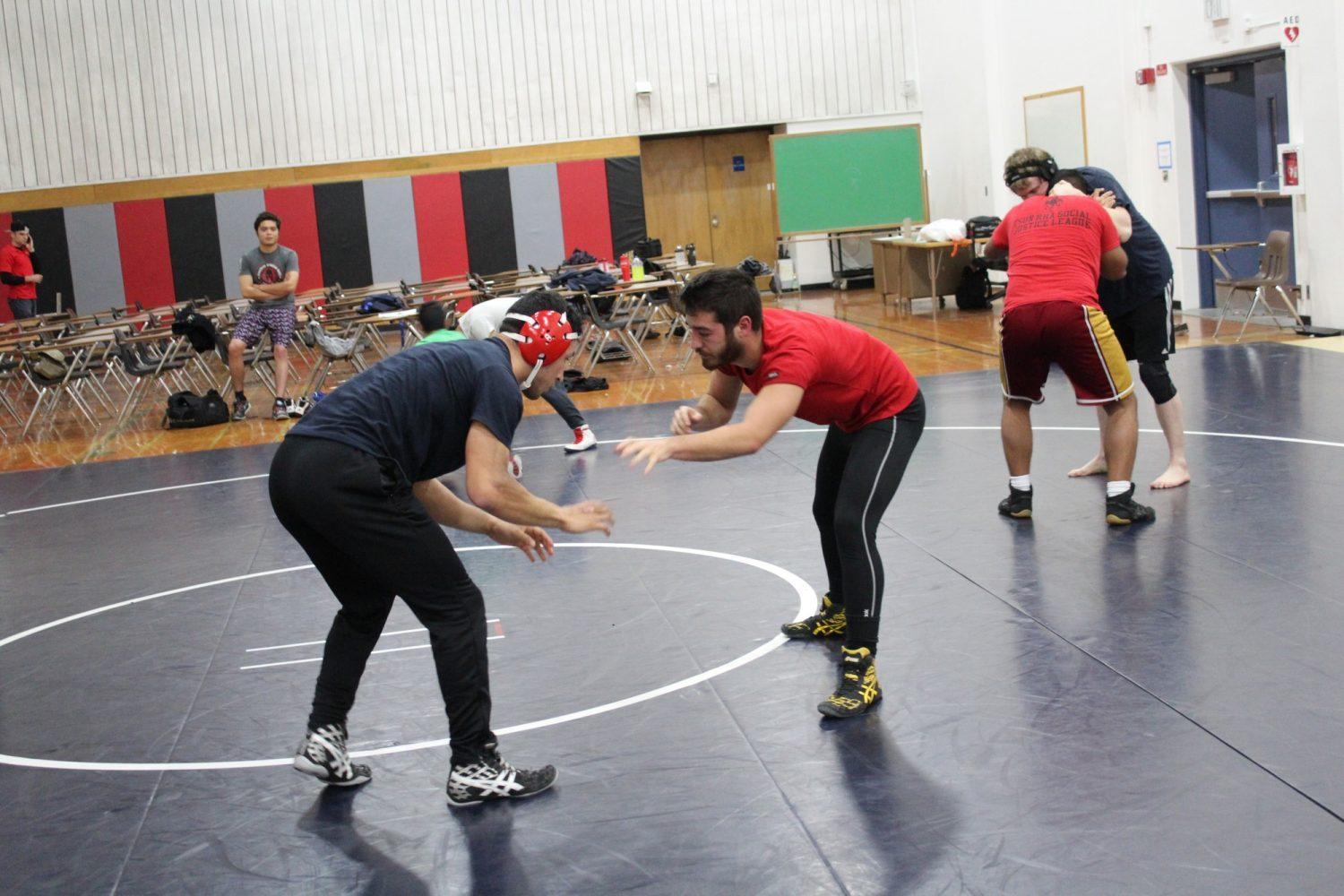 Wrestling is one of the oldest sports and purest form of competition.

“If you’ve got a t-shirt and shorts,come wrestle,” Kedjejian said.

Charlie Aguilar, a child development alumni and wrestling coach at Cleveland High School, watched the club practice in Redwood Hall. He wanted to join but couldn’t because he didn’t have a CSUN ID.

According to Iguaran, to participate in the club, members must have; a student ID, government ID, fill out an online application, set up an appointment for a full physical and baseline concussion exam through the Athletic Training office.

A wrestling match consists of three periods. Each is about seven minutes total. In the event of a tie, there will be an overtime period. This is the standard match layout for a folkstyle match, the style of wrestling practiced in America.

Equipment requirements for the club varies, according to members. The one cardinal rule, as it says on a sign in the room, is there are no shoes on the mat. Memebers said if you don’t have wrestling shoes, you can wrestle barefoot.

A common saying, according to Iguaran is, “once you’ve wrestled, everything else in life is easy.”

The wrestling club has to raise most of the funds on their own because of little funding from the school, according to Kedjijian.

The wrestling club hosts fundraising events and has dues from the club members. The minimum to wrestle ranges from $30–50.

The cost will get memebrs mat time and a wrestling club shirt. Members pay for the $50 USA Wrestling membership to wrestle in competitions. The organization puts on the competitions, as well as pay for the weight division wrestled in. Each weight class costs $10 to compete.

Kedjejian said USA Wrestling is the “biggest wrestling association in the country.”

The club wants to raise money for is a GoPro. Kedjejian said an important part about wrestling is watching individual matches. This is a way for the wrestlers to improve, Kedjejian said.

The next dual meet on April 30 at UC Irvine.

The wrestling club also trys to set up a dual meet against Marines at Camp Pendleton, according to Iguaran.