It’s a love-hate relationship with the athleisure trend 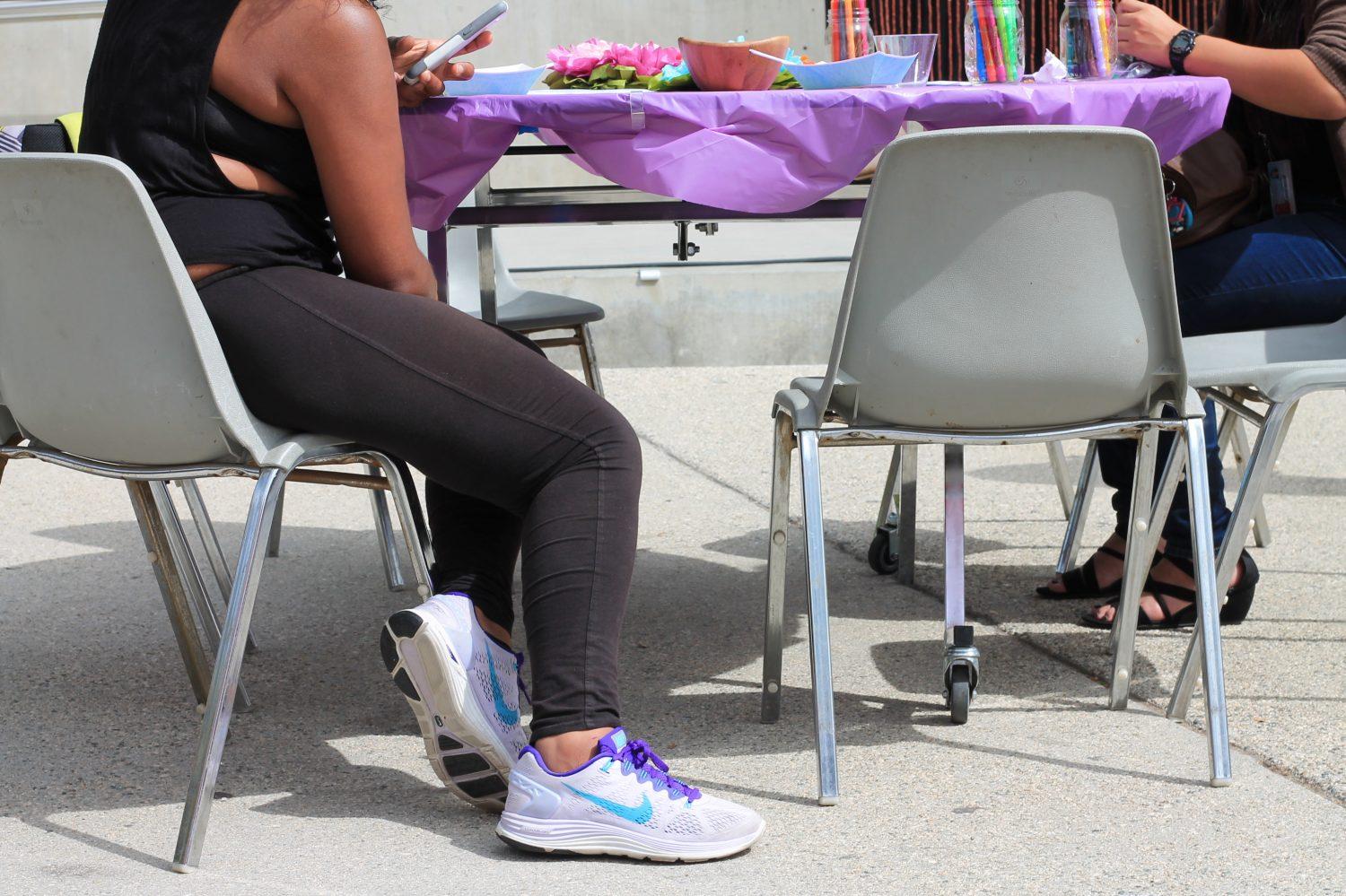 Active wear is taking over the fashion world and becoming a norm for college attire. (Ashley Grant/ The Sundial) Photo credit: Ashley Grant

In a society that is all about go, go, go, dressing up can be a bigger stress than needed and for college students, time is too precious to spare.

Not too long ago, it was considered odd to see a woman or man out and about in their active clothing doing daily activities besides exercising.

All that changed when leggings hit stores in 2014.

Soon the trend of workout clothes being worn all day, every day and everywhere became the norm, thus giving life to the “athleisure” trend.

This trend, as described in the Merriam-Webster Dictionary, is when someone wears casual clothing that is designed to be worn both for exercising and for doing (almost) everything else.

Although many people that wear workout clothes tend to be headed to the gym or coming from a yoga session, workout clothing isn’t just for exercise anymore.

Workout clothing has actually been turned into a fashion trend over the last few years and shows promise of staying around.

The question is: is this athleisure trend a new way of being comfortable and exercise ready, or is it simply a fashion statement that may come across to some as laziness?

To get some insight into this booming trend, various CSUN students were asked to give their thoughts and the sides soon were formed.

“I think you need to do whatever makes you happy. If you want to dress up, dress up and if you want to be in active wear, be in active wear. College is a time for people to really find their style and express themselves. You shouldn’t feel obligated to wear active clothing because everyone’s wearing it.”

“I think yoga pants tend to be a controversial topic, but I don’t pay attention to that kind of stuff. I definitely think wearing workout clothes does tend to save people a lot of time when getting ready to leave the house.”

“When you throw on workout clothes, you don’t have to really think about your outfit. You can just put on whatever is easy and comfortable. There aren’t any zippers or buttons to deal with. You can just slide them on and leave without any struggle or problems.”

“If you are wearing workout clothes just to do it, yeah I can see you appearing lazy, because if I see someone in workout clothes I’m going to assume they are coming from or going to work out, but when I ask them and they say ‘no I’m just headed to class’ than I’m like, really?”

“I think wearing workout clothing is definitely trending. People go out and spend hundreds of dollars on these clothes that most never really do anything in … I don’t know what the point of spending all that money if they aren’t going to use them for its intended purpose.”

“If you wear yoga pants as regular clothes, it’s just tacky. I was always taught that you should present yourself the way you want to be seen, so college students that are going into school wearing workout clothes or skimpy clothing, they don’t realize that their professors are the ones to give the recommendation letters for their job resumés or for grad school.”

“It all depends on what kind of active clothes you are wearing. Are you in yoga pants or are you in gym shorts? If you wear gym shorts I think you look more active. You have more of a chance of looking lazy wearing yoga pants.”

“I also think wearing workout clothing is regional, especially in California where everyone is health conscious. When you are wearing active clothing, you identify as a person who likes to be active.”