DC Society: It’s all about the superdelegates 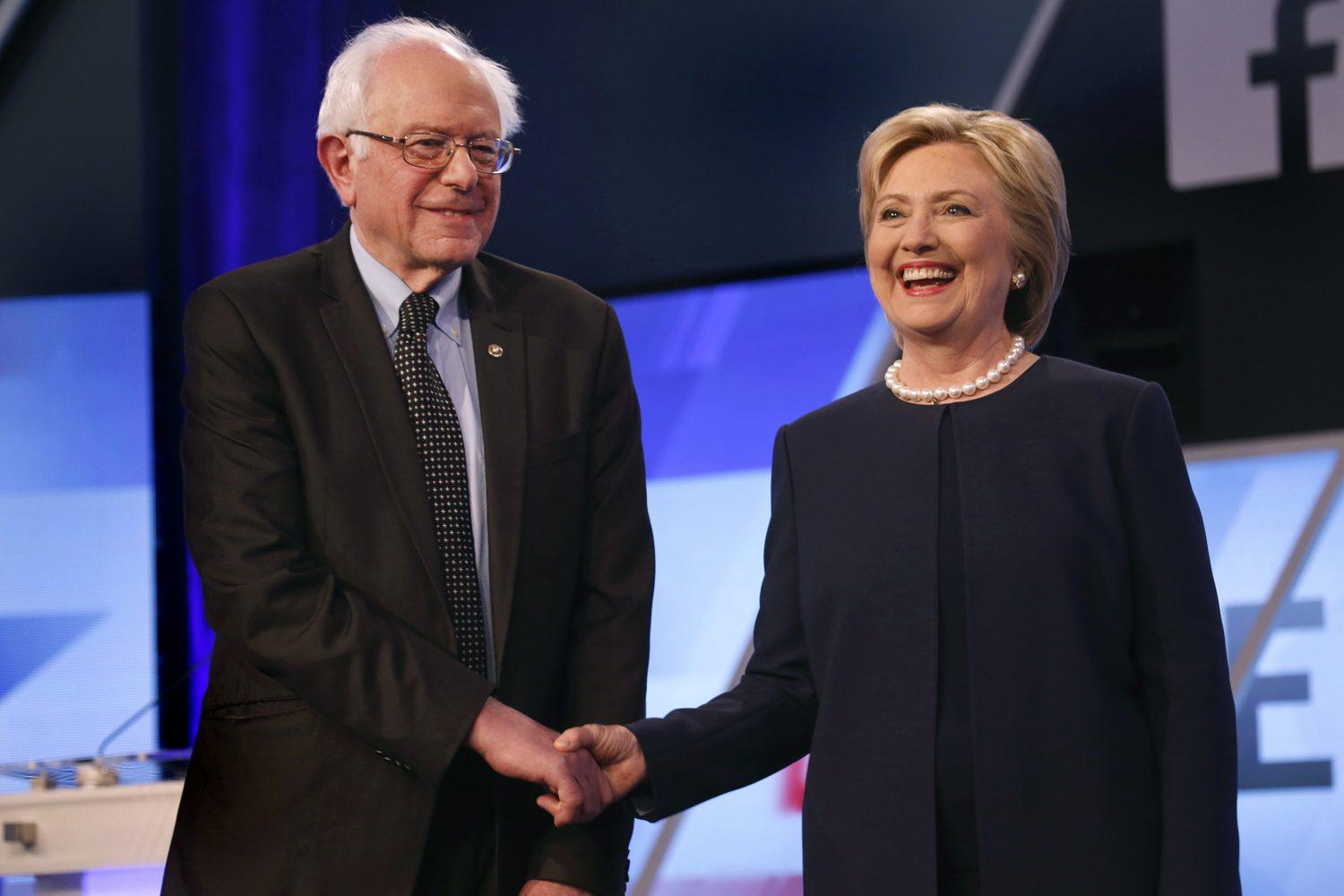 Hillary Clinton and Bernie Sanders face off in a debate moderated by Univision and the Washington Post at Miami-Dade College Kendall Campus on Wednesday, March 9, 2016, in Miami. (Carolyn Cole/Los Angeles Times/TNS)

This Monday, I found myself watching two democratic town hall meetings for Bernie Sanders and Hillary Clinton. For those two hours, I watched as the candidates talked about the issues — specifically the issue of superdelegates.

While I was listening to the Sanders town hall, a question was asked about superdelegates and how Sanders was lagging behind Clinton yet he was still winning states.

Sanders responded, “If Bernie Sanders wins a state with a big vote, why don’t you vote with the people of your state,” and that it should be an issue to be focused on.

Sanders is right — the issue over superdelegates is an important one. Many of you might be thinking ‘what are superdelegates and why aren’t they voting the way the people are voting?’ Others might ask how this affects the race for nomination.

The term ‘superdelegates’ and its history goes all the way back to the 1980 democratic primary between then-President Jimmy Carter and Sen. Edward Kennedy. Though Carter won the nomination over Kennedy, that primary had gone down as one of the nastiest primaries because of the fact that Kennedy had tried to get pledged delegates to support him at the convention. By the 1984 primary, the democrats had decided to add additional delegates comprised of members of Congress in what they thought would make the primary easier.

Today, these superdelegates are comprised of members of Congress, governors and party leaders all coming from the Democratic Party. Together they make up roughly 15 percent of the delegates. These delegates can choose who they want to support without the voice of their constituents and can change their vote whenever they want, up until they vote at the convention of course. Currently, there are 715 superdelegates and so far, out of those delegates, Clinton has 467 to Sanders’s 26. To add to that, Clinton has 768 pledge delegates — delegates that we elect in the primaries and caucuses — while Sanders has 554. In order to secure the nomination, one of them needs 2383 delegates.

Sanders’ argument is that Clinton is the establishment candidate so of course she will get all or most of the superdelegates and he will get a majority of the pledged delegates. Yet that doesn’t seem to be the case.

If we were to look at it without the superdelegates, Clinton still beats Sanders by 214 delegates. If it keeps at the same pace, Clinton will win the nomination because Sanders can’t get the overwhelming majority of delegate-rich states. Even with superdelegates added to the count, Clinton would win by April, May at the latest.

There is still a chance for Sanders to win more superdelegates. For instance, Rep. Alan Grayson of Florida conducted a poll over to whom his delegate vote should go. Overwhelmingly, 86 percent of his constituents said that Bernie Sanders should receive the delegate, which he did. If more were to do the same, then Sanders could win more superdelegates to even him out, but he still wouldn’t be able to get the nomination because of Clinton’s commanding ledge lead.

Take last week in Michigan and Mississippi, which voted on March 8.

Everyone talks about how Sanders beat expectations by winning Michigan, which is true but only by 1.5 percent.

The argument Sanders is trying to make is unfounded. In this case, superdelegates don’t make a profound difference. Even if he beats Clinton in these states, he is only winning in delegate-poor states. If he does win in a delegate-rich state, he doesn’t get a commanding lead of delegates.

But it goes further than that. If Sanders can’t win a majority of pledged delegates, it means his message is not strong enough to beat out Clinton. He can try to blame it on superdelegates, but if the tables were turned, he wouldn’t be complaining about it.