7 Secret Spots in LA to Escape on Spring Break 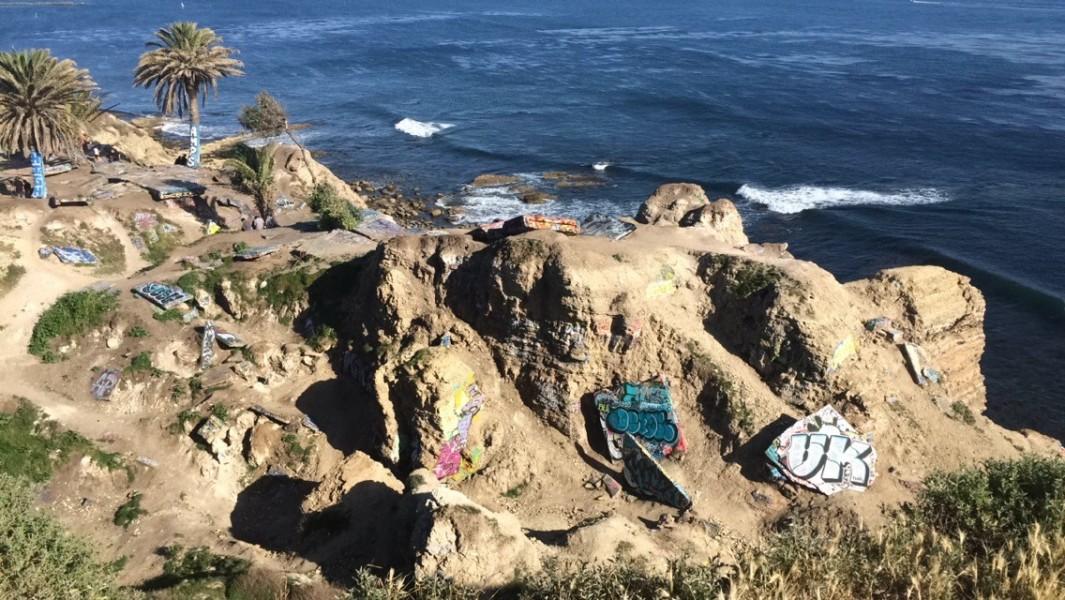 Ruins of an abandoned town in San Pedro, CA are known as "Sunken City." It's become a local hangout and hiking destination. (Hannah Brunelli/The Sundial)

If you aren’t traveling for Spring Break next week, Los Angeles has a few hidden attractions and places worth checking out to add fun to your vacation.

One interesting secret spot is San Pedro’s Sunken City. Sunken City is the remains of a landslide that occurred in 1929, where luxurious beach homes used to sit cliffside overlooking the ocean. Now, Sunken City has become a popular hiking spot where people go to hangout and take pictures of the graffiti-covered remains of pavement. Sunken City is located on 500 W Paseo Del Mar, right next to Angels Gate Park.

The Hollywood Forever Cemetery, which holds the graves of many classic Hollywood stars, is another of LA’s most historical places. The cemetery features a vast green landscape and classical architecture.

The film organization Cinespia is in collaboration with the cemetery and holds cemetery screenings of classic films projected on the side of a mausoleum in front of hundreds of people. Whether it’s a film night or a sunny afternoon, many people are attracted to the cemetery, bringing lawn chairs, blankets, and picnic baskets to sit and enjoy the atmosphere. The cemetery is located on 6000 Santa Monica Blvd.

The Venice Beach Freakshow is a great place to go if you want to be shocked and entertained all at once. It is located on Venice’s Ocean Front Walk, and contains over 10 living two-headed animals. It

also has strange performers such as sword-swallowers, fire-eaters, a rubber girl, and more. Admission is $5 and the hours are Monday 9 a.m. to 5 p.m., and Saturday and Sunday noon to 6 p.m.

If you love vegan food or are curious to learn about veganism, you can attend the Vegan Street Fair on Sunday, March 20th. The fair is from 11 a.m. to 7 p.m. in North Hollywood, and features vegan or vegan-friendly restaurants and vendors serving bite-size portions of vegan food for $3. The idea of the fair is for people to be able to walk along the vendors, trying all different types of vegan food at affordable prices. Larger plate specials are also offered at the fair. The fair is located on 11223 Chandler Blvd between Lankershim Boulevard and Vineland Boulevard.

For spring breakers looking for a more tranquil getaway, the El Segundo Butterfly Preserve would be just the place. Located on the remains of a wealthy beachfront neighborhood called Surfridge, the natural preserve holds the habitat of the endangered El Segundo Blue Butterfly. There is a four mile path surrounding the perimeter of the preserve, and also provides a view of the ocean and planes landing and taking off from LAX in the distance. The Preserve is located on Vista Del Mar Boulevard and Imperial Highway.

Lastly, for those looking to stay as local as possible, The San Fernando Valley has an event called “Drink, Paint, Create.” This event is held at The Woodman LA and gives people the opportunity to practice painting step-by-step with professional guides. Tickets are $40 per person and all supplies are included. The Woodman LA’s bar, winery, and food will also be available during the activity, but is not included with the ticket. The event is Wednesday, March 23rd from 7 p.m. to 9 p.m., and each participant will be able to keep their finished product.