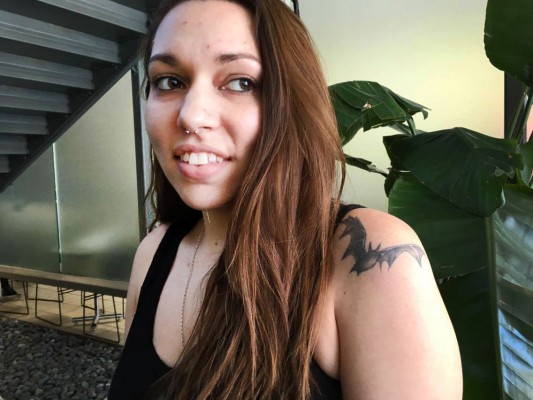 Brittany Huerta, 25, a CSUN graduate student working towards a Master’s Degree in Geology captures her passion for landscape in a detailed tattoo above her right elbow.

“I really like mountains and the ocean,” Huerta said as she turned to the light to reveal her ink. “And since I’m a geology major I thought it would be awesome to get it tattooed on me.”

Right above her right elbow laid a medium sized, black and gray tattoo.

“I didn’t just want a simple ocean scene so the artist created something a little bit more whimsical for me,” Huerta said.

With a bit of brainstorming about various environmental aspects she wanted to include in the artwork, Huerta and the artist were able to come up with a few choices.

“He drew three different versions of this tattoo and I got to chose which one I liked,” Huerta said. “This one stood out the most to me and I ended up really loving it.”

Along with the landscape tattoo, Huerta has two other smaller, black and gray tattoos.

“I have a star on my stomach that I got with my sister when she became old enough to get one,” she said.

Although the ink was a bonding moment for the two sisters, the outcome wasn’t quite what Huerta expected.

“I had to get the star tattoo redone twice,” Huerta said. “I didn’t really like the way the first one looked. It just didn’t look like something I really wanted to show off so I had it done again and this time by someone else.”

Huerta also has a bat tattooed on the front of her left shoulder.

“The bat represents turning 18,” Huerta said. “Besides my age, the tattoo didn’t really mean anything else at the time.”

After a couple years, Huerta saw the tattoo as portraying more than just becoming an adult.

“I guess the tattoo reflected the kind of music I listened to at the time,” she said. “I use to listen to a lot of Psycho-billy bands and that type of sound.”

Three tattoos later, Huerta is in no rush to sit in another ink session.

“All together I think I’ve had a total of three hours of tattoo work,” she said. “I don’t plan on getting anymore right now because I am super happy with what I’ve got, but I may end up getting more in the future. Who knows?”