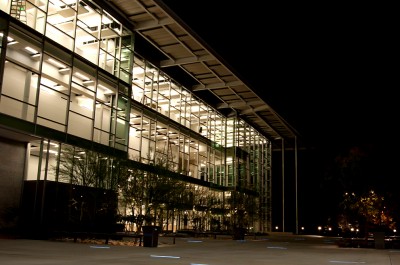 Ever wanted to create something wonderful but had a drink in your hand and couldn’t? Well, for $40 you can try to do both at the same time. Hosted by the Barrel Down in DTLA, Drink, Paint, Create supplies with you brushes and paint, while an artist leads you through a painting stroke by stroke. Unlike your drink, you can take your masterpiece home with you at the end of the night. You may not be the next Van Gogh, but beauty is in the eye of the beer-holder.

Every Tuesday afternoon, LACMA screens classic films in Bing Theater. This week’s showing is “The Maltese Falcon,” a 1941 crime-drama starring Humphrey Bogart as a private detective investigating a string of murders connected to a priceless bird statuette. “The Maltese Falcon” not only solidified Bogart’s legacy as a deity of Hollywood’s Golden Age, it birthed a cinematic phenomena, film noir, by introducing romantic antiheroes and sexually-driven themes through a smokescreen of a post-war America. Buy tickets on-site at LACMA’s ticket offices.

The Coathangers @ The Echo

If you were using your noggin, you already copped your tickets to see The Coathangers at The Echo this Wednesday. It’s safe to say they’re the best group to come out of Atlanta, Georgia since Outkast. The punk outfit will blow your mind with their infectious hit “Watch Your Back.” No FOMO? Check the Facebook event page for people looking to sell tickets. Be sure to get there early to see Death Valley Girls and Death Hymn Number 9.

Wichita and Saddle Creek Records present: Drinking in the Sunlight @ the Resident DTLA

Another great night curated by great musical minds. Wichita and Saddle Creek Records return to the Resident DTLA for live DJ sets and a musical performance. Get down to killer DJ sets by Babies’ frontman Kevin Morby and FIDLAR members Max and Elvis Kuehn with a live performance by psych rockers, Froth. RSVP through Ticketfly.

You owe it to your fellow Matadors to stay on campus this Friday and catch the opening night of Weird Theatre Festival at the Experimental Theater in the VPAC. Weird Theatre Festival, appropriatly hyphenated to “WTF?,” is a evening of short plays and storytelling, curated by CSUN’s Advanced Directing course with featured playwrights Mickey Birnbaum, Sheila Callaghan, Erik Ehn, Diane Exavier, Rachel Jendrzejewski, Ruth Margraff, Suzan-Lori Parks, Jacqueline Wright. You can catch WTF? performances through April 17. For more infomation, visit the Associated Students Ticket Office.

Don’t know what Corgi is? They’re those little dogs with the tiny legs and sometimes their owners dress them in vests and stuff. If you’re into that, venture south to Huntington Beach this Saturday where you can be a part of the SoCal Corgi Spring Beach Day. Cuddle up to a Corgi at the kissing booth, costume contest, and limbo challenge. The Facebook event page has over 11,000 RSVP’s. It’s hardly accurate, but can you imagine 11,000 Corgis in costumes doing the limbo?

Since its 1966 arrival, the Los Angeles Times Festival of Books works to bring authors and readers of books together in one welcoming location. Now, the festival has grown to epic proportions. Guests speakers this year include “Portlandia” star Carrie Brownstein and Huffington Post editor-in-chief Arianna Huffington. Get your free tickets (with a $1 service fee) through the LA Times website.

The band with the world’s worst name will headline the Echo on Monday. Diarrhea Planet, originally from Tennessee, will grace Los Angeles with their pop-punk presence. Accompanying the band is The Lovely Bad Things, a 5-piece pop/punk group from La Mirada that will make you yearn for that first weekend of summer vacation. Joining them is Music Band. Get your tickets through the Echoplex website.