Time for a raise in pay 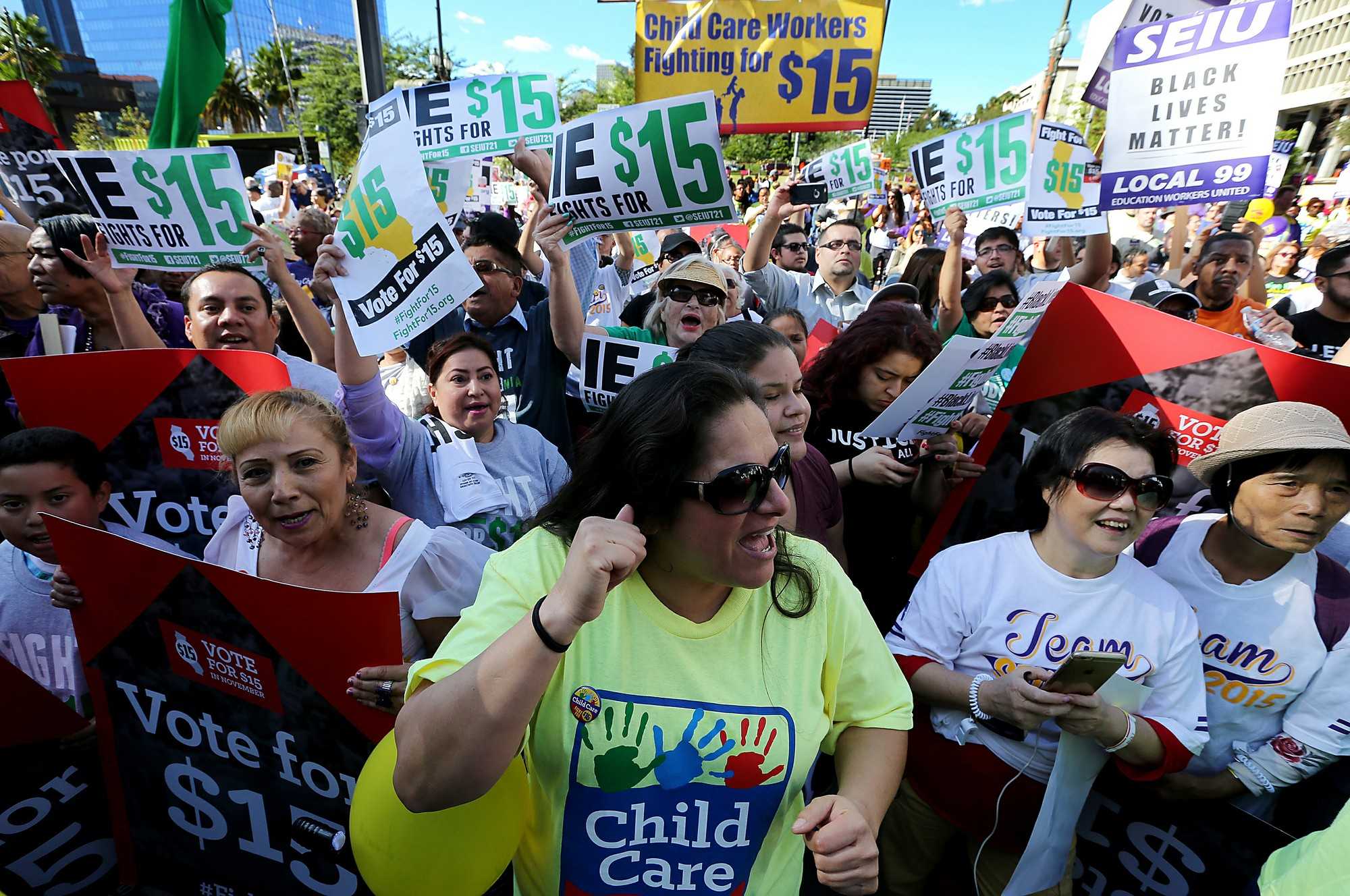 Workers rally outside Los Angeles City Hall to press for a minimum wage of $15 per hour on Tuesday, Nov. 10, 2015. (Luis Sinco/Los Angeles Times/TNS)

A couple years back I took a class on international business while I was in high school. It was an interesting class, I learned a great deal about the international economy and economic policy that affects the United States and its citizens.

My professor would show us “Real Time” with Bill Maher, as a way of getting humor from the current events happening at that time. One day he showed us a clip that to this day keeps inspiring me about the future of California. In his segment, Maher spoke about the influence that California has on the nation being the most populous and the having one of the biggest economies in the world on its own. Maher’s one quote says it all.

“California has been setting the trend in America for decades and it’s not going to stop now…” and today California is doing just that,” Maher said.

This victory not only goes well for the American worker but it also plays into the national narrative of increasing the minimum wage nationally.

The minimum wage has been something of a blessing for the worker. It guarantees that they are making enough to support not only themselves but their families. The opposition toward the minimum wage and increasing it is that it increases prices, raises unemployment, as well as hurts the economy. But the facts doesn’t support their argument.

Five years ago, Gov. Mark Dayton of Minnesota came to office and increased the minimum wage in his state as well as increased taxes, what the state then saw was 172,000 new jobs added to the Minnesota economy as well as a 1 billion dollar surplus.

When you give a raise to the middle class, working class and the poor they will use that extra money to spend into the market; in essence growing the economy. This is also a form of increasing demandm which businesses love and want to supply. In turn, business will need more workers in order to additionally supply the demand which creates more jobs for the economy. Yes, prices will probably rise as a result but prices go up for products that are in high demand and plus the consumer would still be spending more with the extra cash on hand.

Though several states had such as Oregon, Vermont and Washington have increased minimum wages before California. California still plays an important role in American politics. We set the trend.

From personal experience, I can tell you that it’s hard living at the current minimum wage. I still live with my mother, which is not as bad if you are in college yet it’s hard for me to be able to fully help support my mother and my siblings while only just making nine, ten dollars an hour. And if it’s hard for me a college student then imagine a single parent whether it be a mother or father trying to support their kids and themselves through life.

The minimum wage is something that should be an election issue that the candidates from both parties whoever they are should address. And as we get closer to November this should be an issue of American political talk.