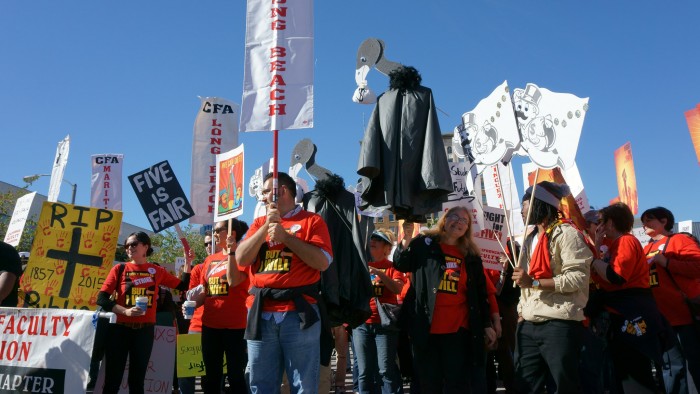 The California Faculty Association announced that the planned five-day faculty strike across all of the 23 California State University campuses has been postponed, after a tentative salary agreement was released today.

The California State University and CFA will hold a press conference Friday morning to address a tentative agreement on the reopened contract between the faculty union and university administration.

If the tentative agreement is ratified by the CFA, it will be voted on by the CSU Board of Trustees towards the end of May, according to the release.

More details will be released at the press conference with CFA President Jennifer Eagan and CSU Chancellor Timothy P. White.