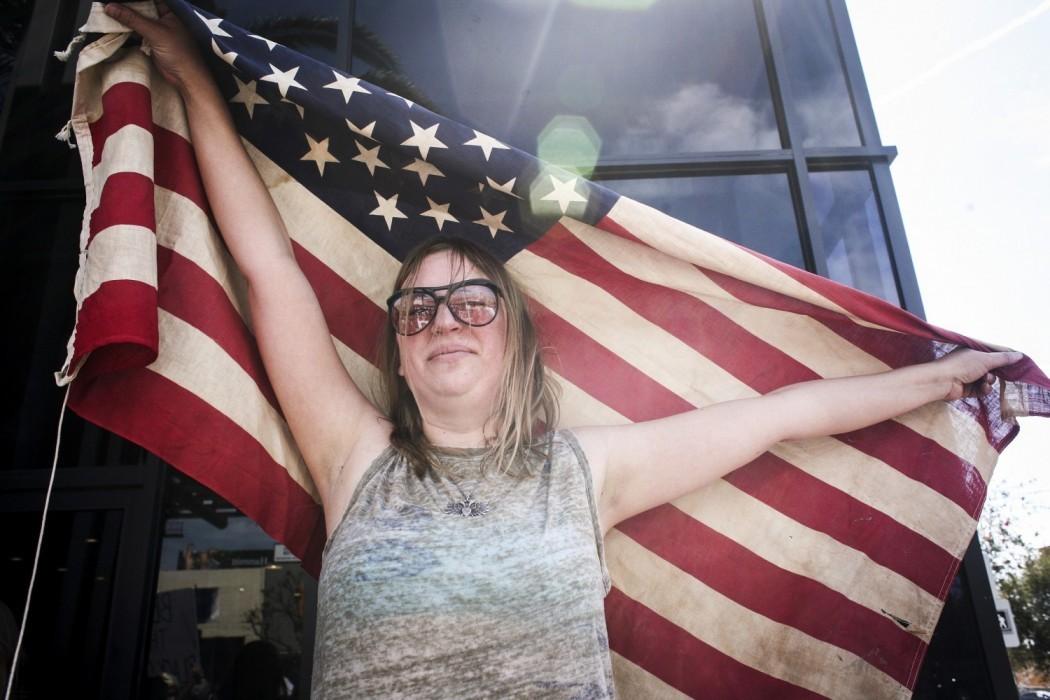 An estimated 2,000 Bernie Sanders supporters protested in Hollywood in front of the CNN building on Sunset and Cahuenga Blvd, against what they perceived as bias media coverage on the presidential elections.

On Sunday, Supporters organized the protest online under hashtags #OccupyCNN and #BernieBlackOut to trend the event through social media. An analysis from Decision Data Resources states that mainstream media has been giving a disproportional ratio of coverage to other democratic presidential candidate, Hillary Clinton and republic candidate, Donald Trump.

“What CNN is doing is so screwed up,” said Sanders supporter, John Henry Baliton. “They’re giving all the media coverage to Trump and ignoring issues that matter.”

Despite the protest and supporters alleging inequality coverage of their candidate, CNN’s host, Jake Tapper, interviewed Sanders on the day of the protest on ‘State of the Union’.

“Do your job,” multiple protesters chanted. “Stick to the issues.”

Other than a couple minor arguments between supporters, the protest was peaceful and law enforcement confirmed that no arrests were reported.